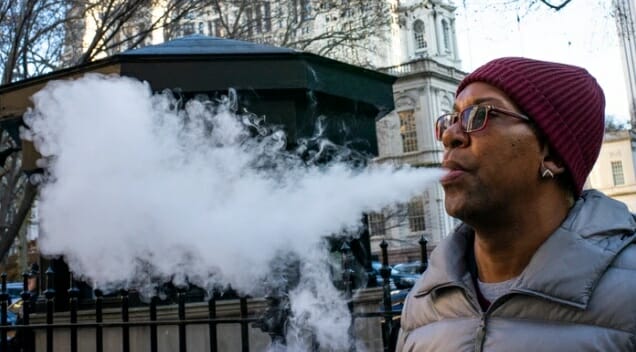 The paper, published by the American Heart Association’s scientific journal, claimed that vaping could lead to a heart attack.

After months of pressure from the scientific community, the American Heart Association’s academic journal on Tuesday evening retracted a widely circulated vaping study, which claimed that using e-cigarettes increased the likelihood of having a heart attack.

Last June, the authors, Stanton Glantz and Dharma Bhatta of the University of California San Francisco, stated in the original study that vaping and smoking cigarettes posed a similar risk, while doing both at the same time was an even more dangerous option. Following its publication in the summer, the peer-reviewed research was referenced by major news organizations, including CNN, Yahoo News, and USA Today.

In a statement explaining the retraction, editors at the Journal of the American Heart Association (JAHA) expressed worry that the study may have been based on misleading data.

“The editors are concerned that the study conclusion is unreliable,” they wrote.

JAHA pulled the paper after Brad Rodu, a tobacco control expert at the University of Louisville, noted that many of the vapers Glantz and Bhatta analyzed for the study were also current or former smokers. Rodu argued that there was a possibility that the use of combustible cigarettes is what made them more likely to suffer heart attacks.

Curate RegWatch
Japan emerged as model country for tobacco harm reduction when it reduced its smoking rate by nearly a third in a...