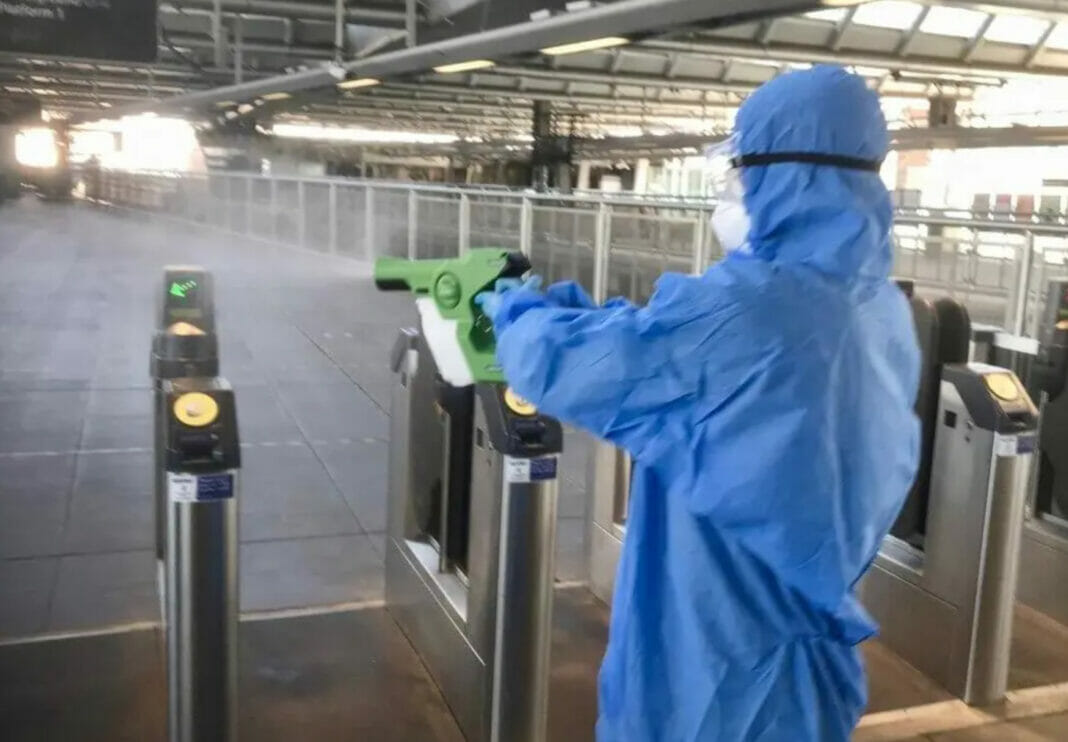 The system of political beliefs and demands that have grown up around mass containment increasingly resemble a novel, malignant ideological system.

Many are fond of comparing Corona containment to fascism or communism, while others detect, behind the scenes, the agenda of the vapid globalists at the World Economic Forum or the United Nations.

The broad phenomenon of Corona containment, it seems, can never be about the virus itself – it’s either a recurrent historical evil, or a Trojan horse for the fever dreams of Klaus Schwab. While I’d never dispute anyone’s polemical use of historical analogies, and I understand how hard it is to believe we have endured all of these absurdities because of a virus, I think it’s worth taking Corona containment seriously, as a developing ideology in its own right.

Containment is indeed overtly authoritarian, and perhaps that’s the only point that analogies to communism or fascism are trying to make. Nevertheless, these policies are not rooted in the hard authoritarianism of a Stalin or a Mussolini. Excepting the special case of China – special because it is where all of this came from – there is a markedly reduced enthusiasm for Corona restrictions beyond those places that proclaim themselves bastions of freedom and democracy. Most of the hardest-line Corona regimes are members in good standing of the liberal West, and they prefer the softer, distributed authoritarianism pioneered by liberal democracies.

The truth is that no other political system could have produced Corona containment, as we’ve experienced it. First-world democracies are anything but systems for channelling the will of the people. Instead, with the rise of mass media and mass society, they have become elaborate consensus-farming operations. Unique in history, they are governing systems that use mass media to call into being the phenomenon of public opinion, which is then shaped by a combination of propaganda and political participation into a tool of governance and consensus in its own right. The majority is thus first acclimated to the agenda of the state, and then deployed to enforce governmental directives and to repress dissidents, the non-compliant and, increasingly, even the disinterested. Corona containment is an obvious product of a system like this, depending as it does on widely distributed consensus policies that are enforced less by the police than by enthusiastic majorities deputised by journalists.

So, there is an authoritarianism here, but if we’re being pedantic, it’s of a different nature than the kind we tend to encounter in history books. It’s highly significant, and a sign of desperation, that Austria is contemplating brief prison terms for those who refuse vaccination. Austria would much prefer the soft authoritarianism it has used until now, and that most of our countries still prefer: ‘Nudge’ behavioural engineering, disingenuous media messaging, regulatory harassment, and directed public opprobrium. Taken together, these things are more insidious than blunter tactics like imprisonment; they take aim at your will and your soul, not merely your body.

What is the purpose of all this enforcement, then? While nothing any of our countries do is ever at any point about just one thing, for me the most parsimonious theory is still that the underlying, originating policies really are, at their core, about suppressing a virus. This doesn’t mean that the odious people running this circus are sincere, or that they have your best interests in mind. It’s very much the opposite.

Because the only goal is to kill a pathogen, they don’t care how many vaccine injuries or nursing home deaths pile up at their feet. An elite and a bureaucratic apparatus more sincerely interested in the well-being of its people would mostly ignore SARS-2 and focus instead on treating the sick. Only elites and bureaucrats concerned for their own well-being would proceed in this way.

While Corona containment likely started out as a series of pragmatic measures, it has in the past year taken on a wealth of aberrant and bizarre ideological trappings. As strange as it sounds, we might have even expected this: Very often, ideologies emerge after a series of transformative actions, cultural shifts, defeats, or victories, as the means by which elites process politically and socially the new world in which they find themselves, and the path forward. An ideology of Corona containment wasn’t guiding our response from the beginning, but we are far enough into this now, that it is coming into being. Corona containment will doubtless continue to elaborate and define itself, and to demand allegiance from ever wider sectors of society, as all of this goes forward.

At the core of containment ideology are two unshakeable beliefs, namely that SARS-2 poses a substantial risk to all humans everywhere; and that this risk can only be mitigated, if everybody adopts specific medicalised behaviours deemed hygienic by public health authorities. Whether these behaviours are maintaining always 2 metres of distance from every other human, coughing into your elbow, sanitising your hands, double masking, self-isolating, testing, staying home, or accepting vaccination, Corona containment always requires exactly the same behaviours of everyone. Failure arises either from non-compliance among the people, or from poor implementation by governments. The former explanation is preferred, but the latter can also be contemplated, generally with the gloss that governments abstained from imposing the correct measures out of fear the people would object. In any case, the measures themselves can never be seriously doubted. Future success waits always around the corner, if a few more people will just cooperate and politicians can just scrape together the political will to go really hard this time.

The eradication or ‘control’ of Corona, via the universal hygienicisation of human behaviour, is the only thing containment ideology really aspires to. As political ideologies go, I admit that this one seems incomplete or stunted. It doesn’t promise individual happiness or freedom, or a socialist utopia, or Universal Basic Income, or really much of anything at all. It has no vision for political power, beyond its willingness to vest dictatorial prerogatives in public health advisers and other representatives of Science. Like other political ideologies, it shades at the fringes into magical or para-religious forms, and it borrows liberally from other ideological systems and cultural tendencies. In its mania for universal solutions and its insistence that the answers lie in modifying human behaviour, there are definitely shades of socialism. Elsewhere, however, it departs from leftist nostrums, imposing policies like lockdowns and vaccine mandates that strike hardest at purportedly disadvantaged minorities.

Perhaps there is some hope for us, in the developing ideology of Corona containment. Beyond first-world representative democracies and their client states, it doesn’t seem to have much traction, and it’s probably not well-realised enough to survive very long in its current form.