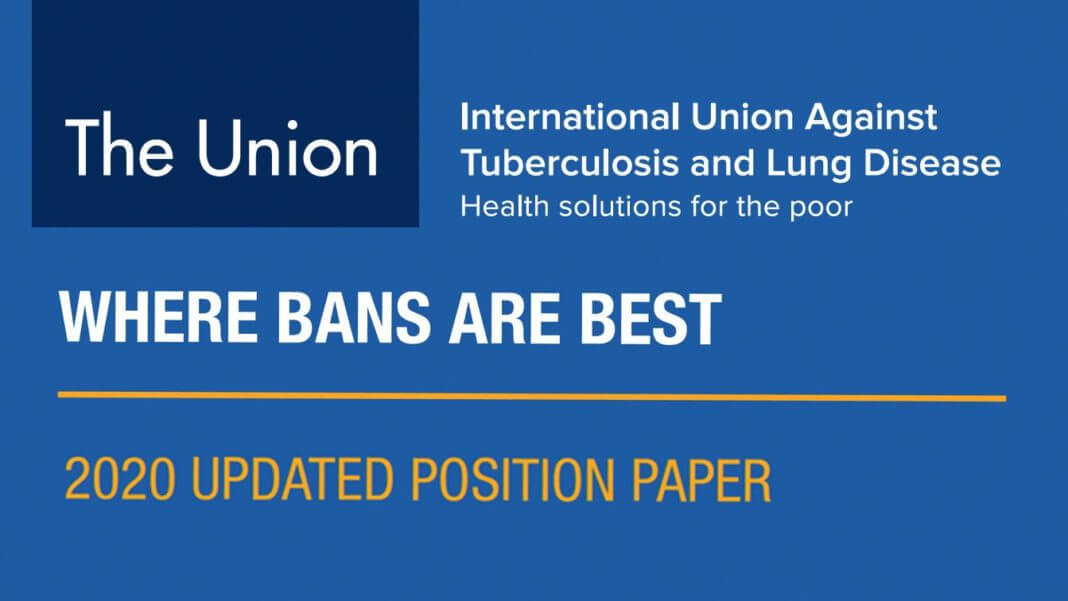 Ahead of World No Tobacco Day next Sunday, 31 May, The Union has today publicly advocated for the prohibition of the sale of e-cigarettes and heated tobacco products (HTPs) in low- and middle-income countries (LMICs), which are home to more than 80 percent of the world’s smokers.

The Union’s support of the ban is based on the release today of its new position paper, ‘Where bans are best: Why LMICs must prohibit e-cigarettes and heated tobacco product sales to truly tackle tobacco’.

The paper is released as this year’s World No Tobacco Day theme turns the spotlight on the tobacco industry’s targeting of a new generation of young people with cigarettes and novel tobacco products.

The paper both analyses scientific evidence documenting the health impact of novel nicotine products and cautions that governments need to be extra careful in the face of the commercial incentives driving the producers of these novel tobacco products to hook new users and expand the nicotine market in their own countries.

E-cigarettes and HTPs are enormously lucrative businesses; the former was worth US$15 billion in 2018, and HTPs are expected to be worth nearly US$ 18 billion by 2021.

In its 2019 report on the global tobacco epidemic, the WHO noted that there is “insufficient evidence to support the use of [e-cigarettes] as a population-level tobacco cessation intervention to help people quit conventional tobacco use” and also noted that these products are “undoubtedly harmful.”

To date, the discourse on the net public health impact of e-cigarettes and HTPs has been limited to and largely focused on high income countries. ‘Where bans are best’ expands the narrative, emphasising that novel nicotine product policy must be context specific. In low- and middle- income countries, rapid roll out of new products will have deleterious effect, particularly for young people.

Low- and middle- income countries have traditionally been a playground for big tobacco and are presently home to more than 80 percent of the world’s smokers.

“The data continue to emerge on e-cigarettes and HTPs,” said Dr Gan Quan. “But what we already know suggests a looming, new epidemic, and youth will be its face. In an abundance of caution, The Union believes policy makers should embrace the precautionary principal, which urges preventative action. For LMICs, that means e-cigarette and HTP sales bans.”

Curate RegWatch
If approved, it would be the first e-cigarette ban in the U.S. New legislation would ban the sale of e-cigarettes in San...