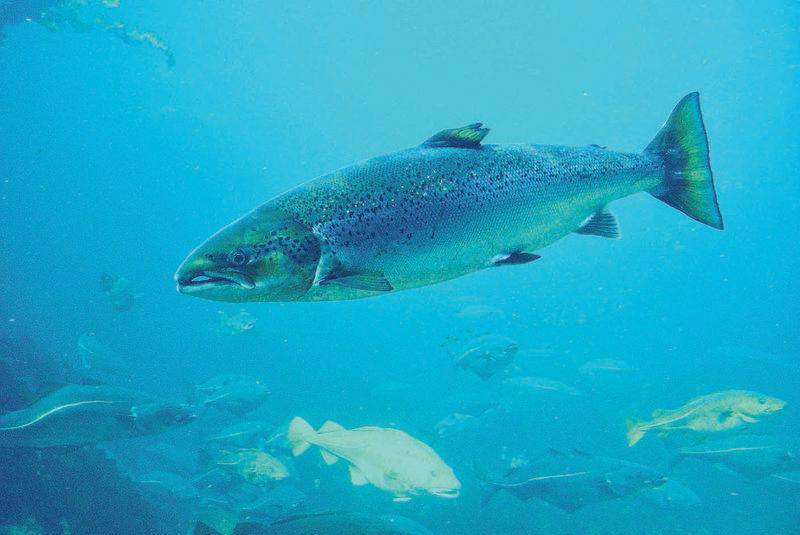 It’s either in their nose or their retina but it’s there — a biological compass allowing Atlantic salmon to navigate along the contours of the Earth’s magnetic field.

Research published this week in the journal Proceedings of the National Academy of Science by a team from Oregon State University is the first to prove the ability long thought to exist in Atlantic salmon.

Because how else would they find their way through thousands of kilometres of dark ocean to feeding grounds off Greenland and then back home to the tributaries of their birth?

“It’s one thing to make assumptions and another to have proof,” said David Noakes, senior scientist on the project along with report lead author Michelle Scanlan.

“We see this ability in nature from bacteria right up to sea turtles and sharks and whales.”

The team built an aquarium with several arenas surrounded by copper wire wrapped around wooden structures. By charging the wires they were able to modify the magnetic field in the arenas to mimic the planet’s — as if to place the salmon in different places on the planet from a magnetic field perspective.

They then watched the 1,150 Atlantic salmon captured from a landlocked lake change course.

The experiment also proved that not only do Atlantic salmon have the ability to navigate using magnetic fields but they don’t lose it despite having spent several generations trapped in fresh water. The salmon in the experiment came from a population introduced to the lake 50 years ago.

For the Oregon team of scientists the research is important because on the West Coast Atlantic salmon are used in aquaculture and it’s been argued there that if they escape they won’t be able to navigate or compete with local Pacific salmon.