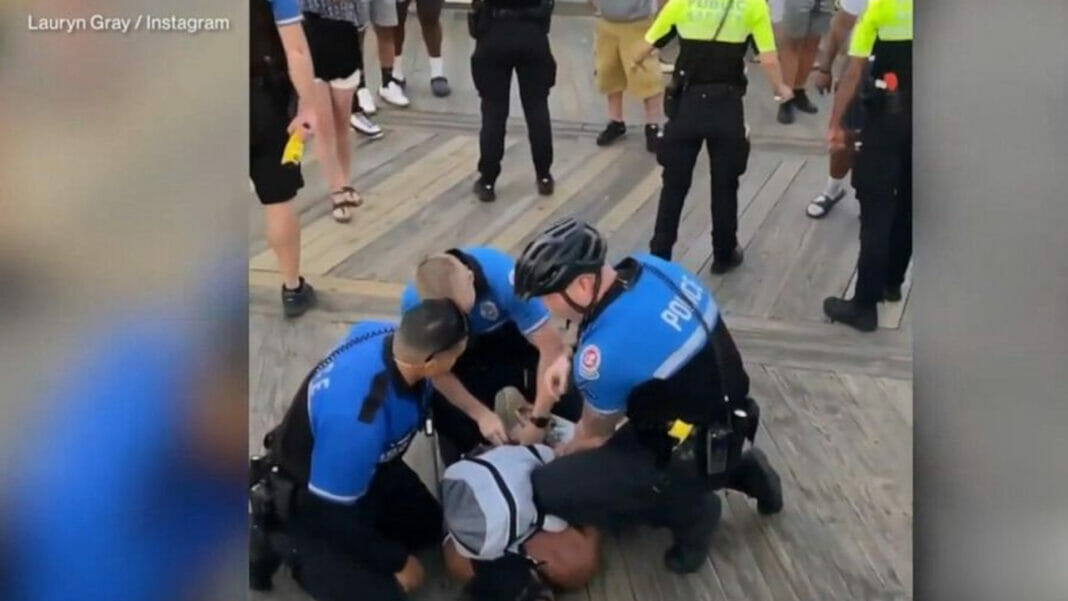 A violent confrontation that led to the arrests of several black teenagers who were vaping Saturday night on the famous Ocean City, Maryland boardwalk, has gotten attention from civil rights advocates, drug policy reformers, and even rap star Ice-T. But the Ocean City Police Department defended the police officers’ actions.

The incidents began, according to a police department press release, when officers patrolling the boardwalk encountered a “large group” vaping, and “informed them of the local ordinance prohibiting smoking and vaping outside of the designated areas.” When they noticed one person continued to vape, the police confronted him and he refused to provide identification and “became disorderly.”

At that point, multiple confrontations occurred. Police said they “attempted to provide a perimeter to separate the aggressive and hostile crowd and the officers making an arrest.” The crowd appeared agitated by the police tactics. Police say one man tried to hit an officer with a bicycle.