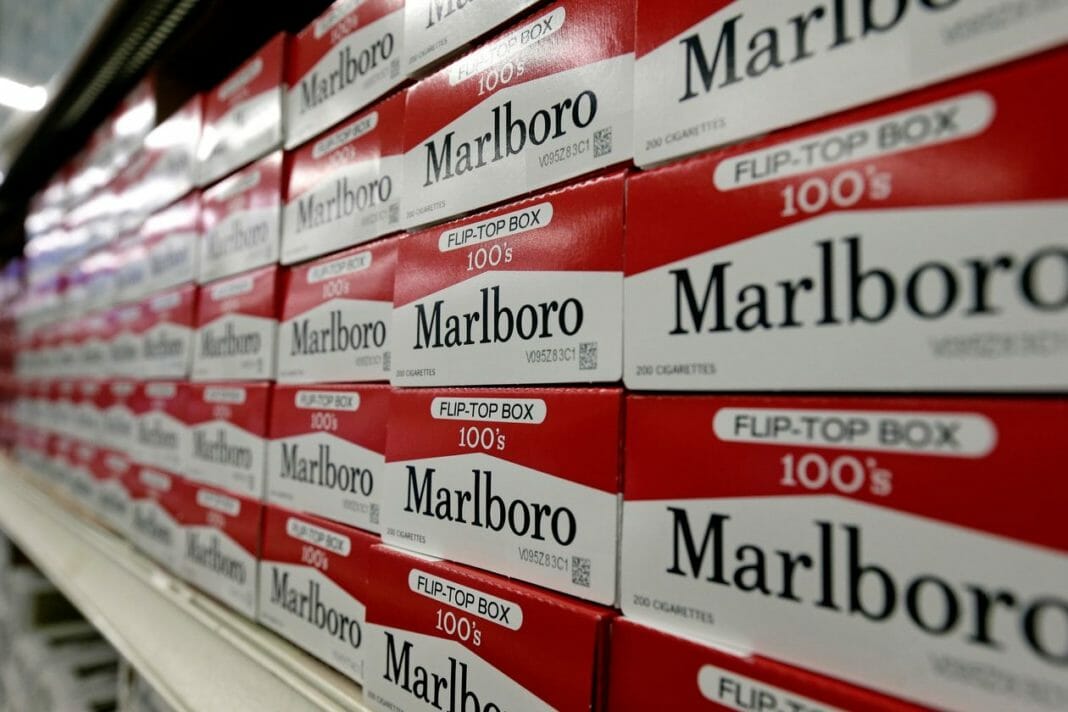 Americans are smoking more during the coronavirus pandemic because they are spending less on travel and entertainment and have more opportunities to light up. They are also switching back to traditional cigarettes from vaping devices in the wake of federal restrictions on e-cigarette flavors.

Executives at Marlboro maker Altria Group Inc. pointed to the trends Tuesday and said they have been significant enough to slow the yearslong decline in U.S. cigarette sales. Altria now expects U.S. cigarette unit sales to fall by 2% to 3.5% this year compared with its previous projection of a 4%-to-6% decline.

Pandemic lockdowns have meant fewer social outings and more time to smoke at home, Altria Chief Executive Billy Gifford said. Though unemployment rates are high, stimulus checks and increased unemployment benefits have helped ease the financial hardship for low- and middle-income cigarette smokers, he added. Adult cigarette smokers are making fewer trips to the store, but they are stocking up on packs when they do go.

“Fewer social engagements allow for more tobacco-use occasions,” Mr. Gifford told analysts on an earnings call Tuesday. The company’s Marlboro brand accounts for 43% of all cigarettes sold in the U.S.

People have been switching back to cigarettes from e-cigarettes after the federal government earlier this year barred sales of many flavored vaping products, Altria said. The Food and Drug Administration in February halted the sale of fruit and mint flavors in cartridge-based e-cigarettes in an effort to curb a surge in underage vaping. Public health officials have said that sweet and fruity flavors are popular among young people.

As those restrictions took effect, Altria noted a shift back to cigarettes among adult vapers, particularly those older than 50. “That consumer was faced with choices,” Mr. Gifford said. “It benefited the entire cigarette category.”

U.S. e-cigarette unit sales in the second quarter were down 14% from a year earlier, Mr. Gifford said, adding that vaping’s growth may pause over the next two years because the FDA is requiring e-cigarette manufacturers to submit all products for agency review by September or otherwise take them off the U.S. market.

In April, Altria also noted that some adult vapers were switching back to cigarettes because of negative news coverage of e-cigarettes. Last year, amid an outbreak of a vaping-related lung illness, U.S. health officials warned against the use of e-cigarettes. They later said the ailment was linked not to e-cigarettes, but to vaping products containing marijuana and vitamin E oil.