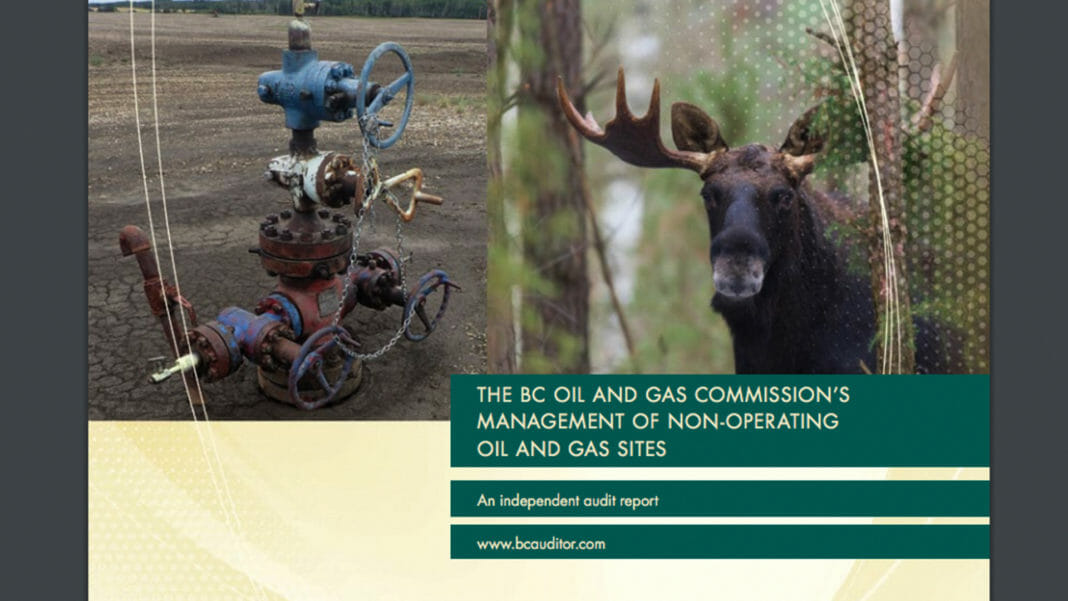 The Office of the Auditor General of British Columbia has released a new report: The
BC Oil and Gas Commission’s Management of Non-Operating Oil and Gas Sites.

In B.C., oil and gas operators weren’t required to decommission their wells and restore well sites unless the BC Oil and Gas Commission (OGC) explicitly ordered them to do so to address specific safety or environmental issues on a case-by-case basis.

We found that gaps in legislation meant that the OGC lacked the regulatory tools to compel operators to decommission and restore well sites in a timely way.

When an oil and gas operator is bankrupt or can’t be located, the OGC designates the operator’s site as orphaned and the OGC becomes responsible for the decommissioning and restoration work. The Orphan Fund, which is funded through security deposits and a tax on operator’s production, is meant to cover the costs of restoration, but it was short by $16.6 million in 2016 and $13.1 million in 2017.

In 2018, the legislative assembly passed amendments to the Oil and Gas Activities Act to provide the OGC with the authority to require operators to restore sites, as well as greater flexibility to collect and use revenue from operators to restore orphan wells. At the time of our audit, the OGC was developing accompanying regulations to detail the requirements, including timelines to decommission wells and restore sites.

The oil and gas industry is an important component of B.C.’s economy. The OGC is responsible for regulating oil and gas activities to protect public safety and the environment.

An inactive well is decommissioned by permanently sealing it with cement. To restore a site means remediating any contamination and reclaiming the land to pre-activity conditions.

NDP gets Green scorn, Liberals’ props for getting LNG to a finish line | Vaughn Palmer