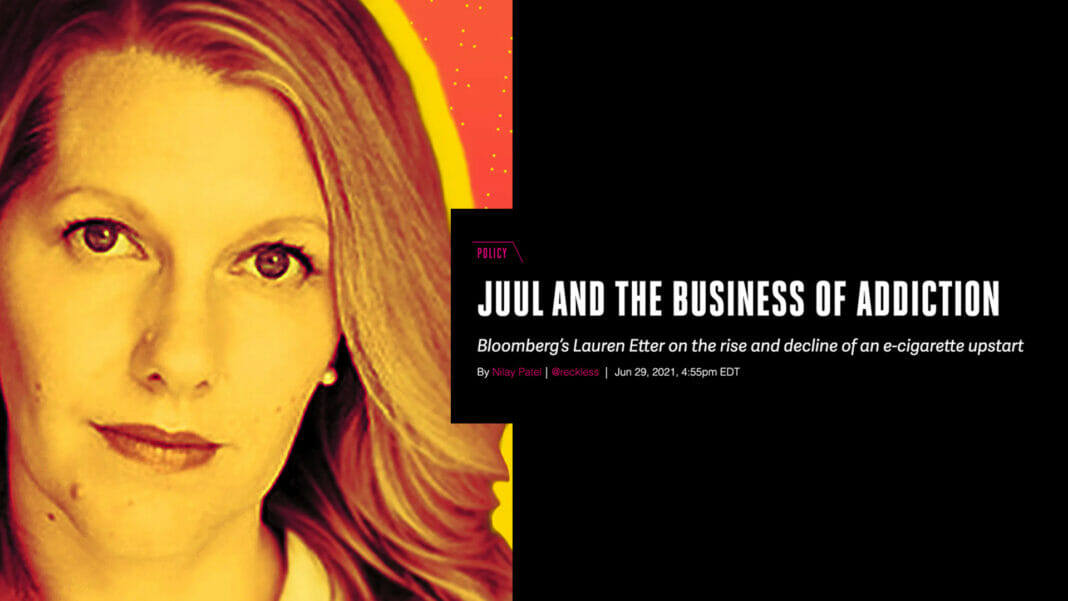 Several years ago, I went to a splashy launch party for a new tech product, which is a pretty normal thing for tech companies to have. It was at a hip warehouse space in Manhattan, there was cool lighting and a great DJ, free food — the company had pulled out all the stops.

And the company had invited a ton of Instagram influencers and model types, so there were lots of beautiful young people there doing exactly what the company had hoped they’d do: taking photos and videos with the new product, talking about how cool it was, and posting it to social media.

Now, if I was talking about a new smartphone, or a camera, or a laptop, this party would not have stuck out in my mind, but this party was for a product called the Juul. And the Juul was — and still is — one of the most potent and effective nicotine delivery devices that’s ever been created. Juul’s big innovation was a nicotine formulation that made its vape hit just like a cigarette. And the party kicked off a marketing blitz that seemed pretty directly targeted toward teenagers on social media.

After that, the Juul became a sensation — and a sensationally dramatic story. The marketing helped, but also it turns out nicotine is addictive as hell. A Stanford tech startup that had been founded to disrupt the smoking industry had upended years of US tobacco regulation, gotten a new generation of teenagers addicted to nicotine after years of declining smoking rates, and eventually found itself valued at $38 billion after a huge $12.8 billion investment from Altria — the company that used to be called Philip Morris. You probably know it by its most famous product: Marlboro cigarettes.

Then it all fell apart: the lawsuits came, the FTC sued to unwind the deal, the valuations of both Juul and Altria collapsed, and Juul itself faces being regulated entirely out of the market in the United States.

Curate RegWatch
Ontario is considering a ban on flavoured e-cigarette products, which appeal to young people, but it is also weighing concerns that...