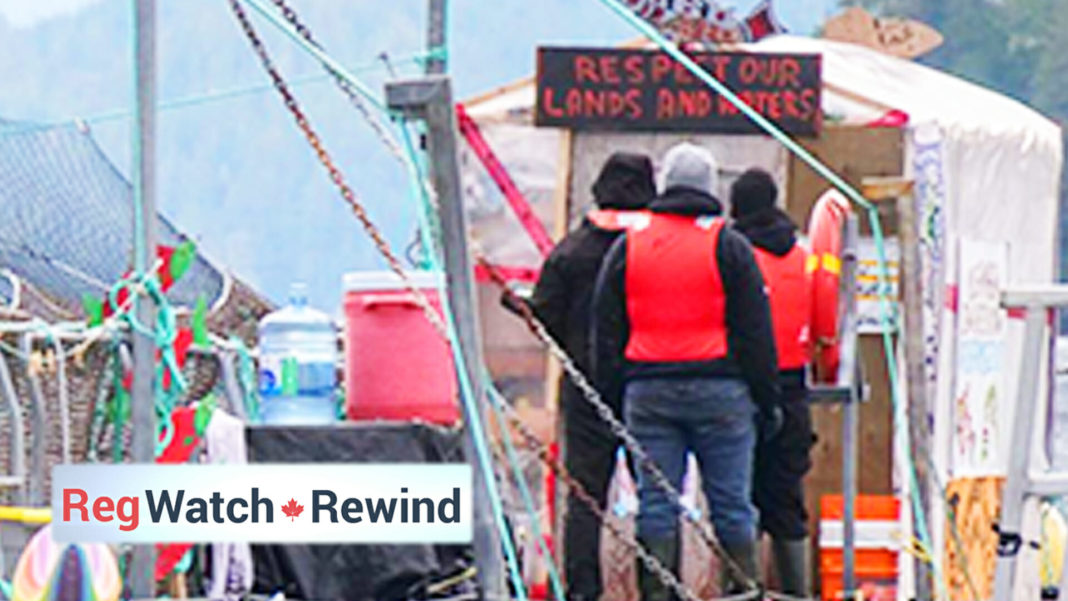 Salmon-farming company Marine Harvest has informed First Nations activists that the company will seek an injunction to remove protesters occupying one of its farm sites in the Broughton Archipelago.

First Nations activists have occupied a spot on Marine Harvest’s Midsummer Island farm since Sept. 4; on Friday, a company spokesman said activists were informed its officials are filing for an injunction “to safely remove protesters and their encampments.”

“(Two Marine Harvest employees) came early this morning when everyone was eating breakfast and getting their coffee,” said Molina Dawson, one of three women on the site who received the notice of application for the injunction.

“Right now we are going to continue peacefully occupying the Midsummer fish-farming facility,” Dawson said, but the company is scheduled to be in court Tuesday seeking an injunction to remove the First Nation’s encampment on the farm.