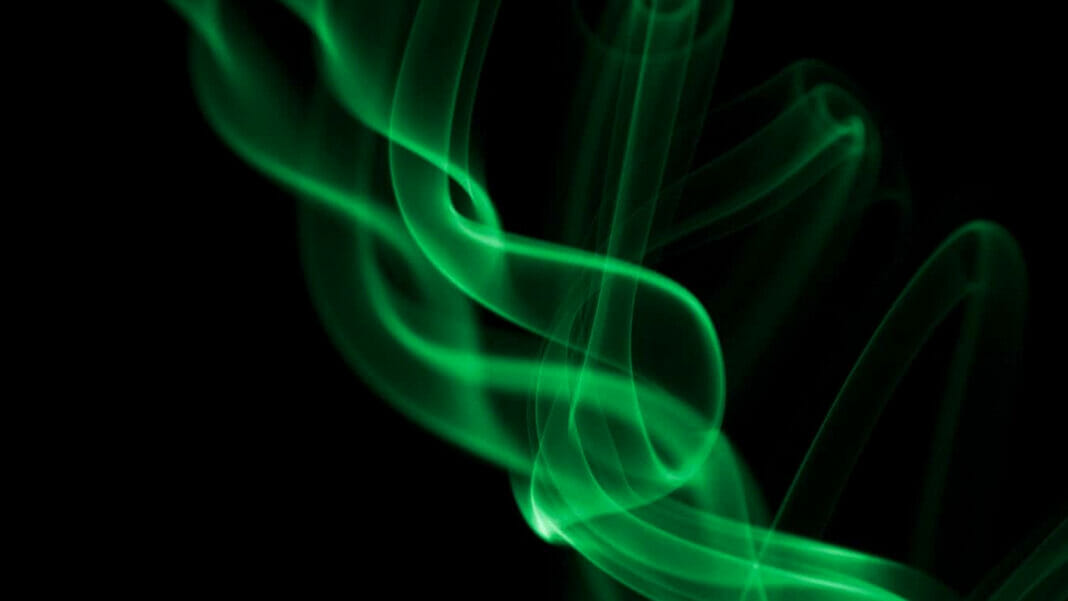 A terrible menace has descended on a small town.

It appears to be a plague, an ever-spreading green vapor that targets high school students and transforms them into zombies. Soon, half the students in the school are walking around with frighteningly blank, pale-green eyes.

“No one noticed at first,” the comic reads in the beginning. “The changes were subtle.” So subtle, in fact, that a basketball player emanates billowing clouds of green gas from his body as his teammate, terrified, looks up at him from the floor. It only gets worse. A girl who “usually maps out her whole year before breakfast” has no summer plans. The basketball player can’t make a shot.

Oblivious to this looming threat, two young scientists in the school lab—Javier and Amy—have meanwhile invented a device to see into the future.

The green vapor spreads. Eventually, a group of possessed students corner Amy and Javier in a parking lot, as the pair figure out that their classmates must be “being controlled.”

Curate RegWatch
Consumer interest and awareness in nicotine pouches is growing.  These are products that contain nicotine but have no tobacco, and they are...

Factors that influence the decision to vape among Indigenous youth

Mike Bloomberg thinks he knows what’s good for you. Does he?

The FDA Is Determined To Ignore the Decline in Underage Vaping...