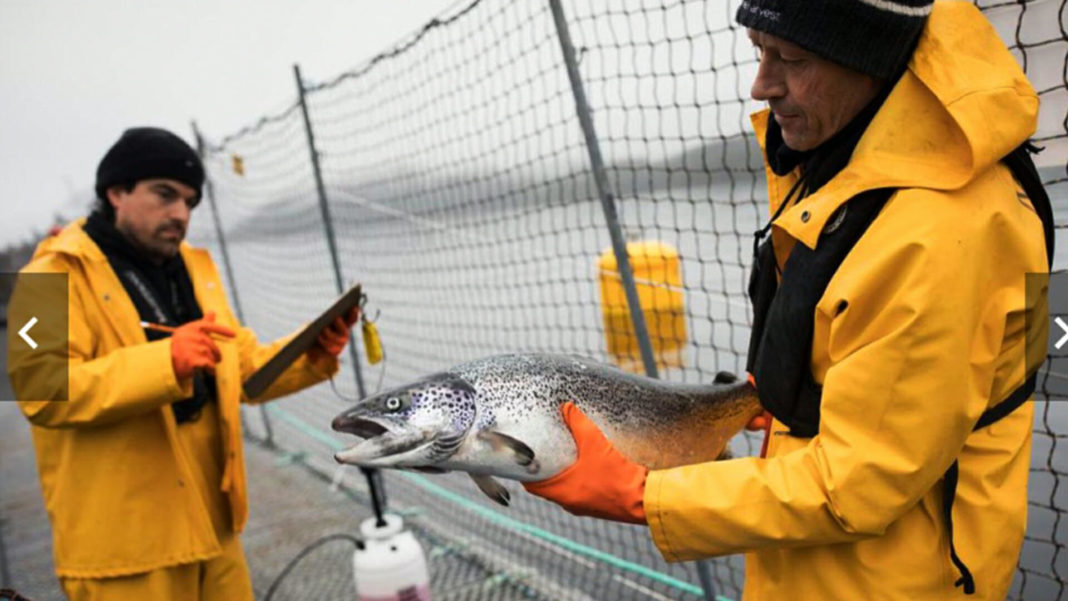 Fog cloaked the mountains of B.C.’s Discovery Islands from view as Fisheries and Oceans Canada biologists pulled up by boat to a salmon farm in the Okisollo Channel.

Thousands of Atlantic salmon swim within the farm’s netted pens, and on this misty west coast day government scientists arrived to give them a checkup.

The department conducts about 120 of these health assessments, and a lesser number of sea lice assessments, at B.C. salmon farms each year. They are an important part of how the federal department manages the environmental impacts of an industry that competes in a global marketplace.

British Columbia has been consistently ranked the world’s fourth-largest producer of farmed Atlantic salmon. In 2016, B.C. farmers harvested $757.5 million worth of it. This farmed fish is the province’s biggest agri-food export.

But there are major concerns about its impact on wild salmon — crucial to Indigenous culture, British Columbia’s food and tourism industries and the province’s very identity.