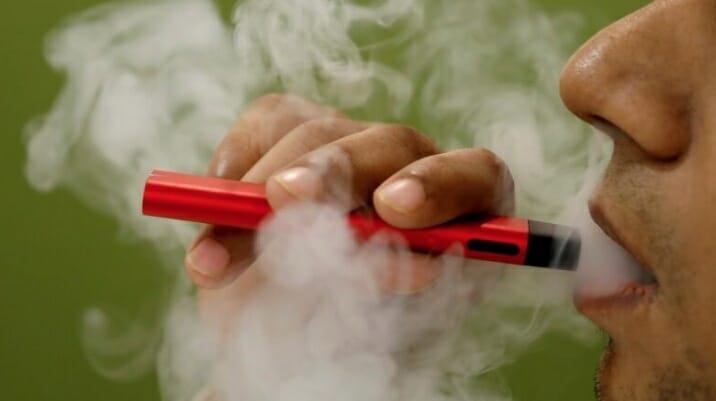 Ban announced amid growing concerns about health effects of vaping

In a release from the Ministry of Health on Friday morning, the province says the new rules will mean that vapes and vape accessories can only be promoted inside specialty vape stores and cannabis retail stores — both of which are only open to people who are 19 and older.

“Restricting the promotion of vapour products will help prevent youth from being exposed and influenced by promotion in retail settings,” Health Minister Christine Elliott said in the release.

The ban also comes amid rising concerns about the health effects of vaping. In the U.S., more than 1,600 cases of vaping-related illnesses have been reported, and at least 34 deaths have been linked to vaping. Reports of illness have also started to trickle in from the provinces after Health Canada issued a public warning last month.

Friday’s release says the shift comes after consultations, and is based on “new and emerging research from health experts that indicate vaping among Ontario’s youth is on the rise.”

The new rules will also bring vape products in line with the rules around promoting tobacco in the Smoke-Free Ontario Act.

The ban comes over a year after a similar one proposed by the former Liberal government was set to come into effect.

Ontario ‘catching up’ to other provinces

Most other provinces already have regulations in place around the promotion of vaping products.

With Ontario now in the fold, “there are eight provinces that have e-cigarette legislation. The two that don’t are Alberta and Saskatchewan,” said Rob Cunningham, a senior policy analyst with the Canadian Cancer Society.

How the UK Is Allowing Vapes to Save Hundreds of Thousands...