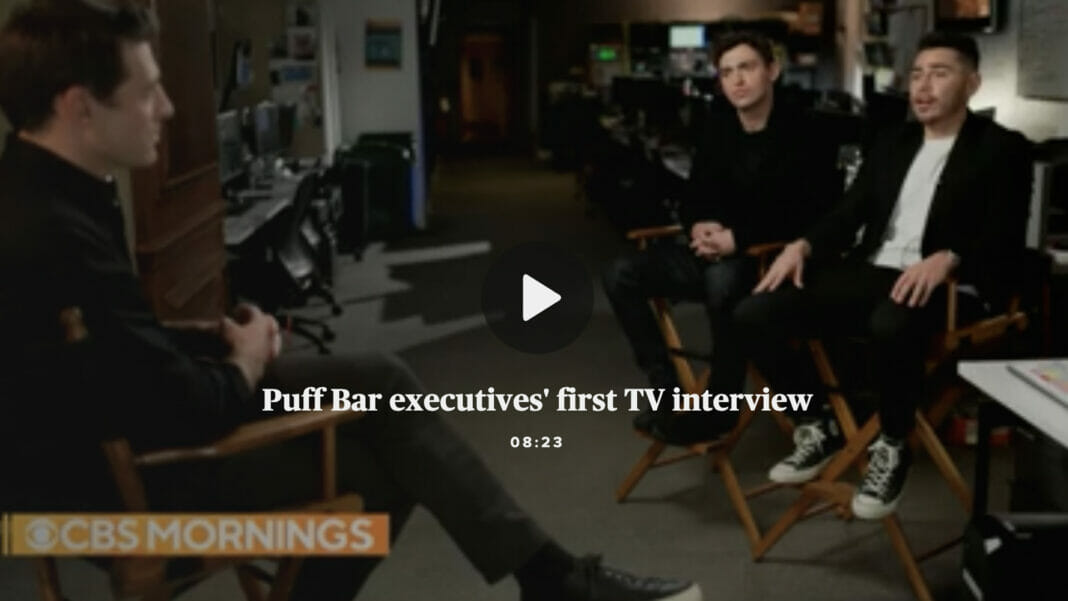 It listed its mailing address first to a shuttered storefront on skid row in Los Angeles and more recently to a P.O. box.

Puff Bar has teased the mystery of it all on its own website. Last year, the site read “Who Makes Puff Bar? Everyone wants to know.”

Nick Minas and Patrick Beltran, two of the businessmen behind Puff Bar, sat down with “CBS Mornings” co-host Tony Dokoupil for their first television interview about the company, conducted with their lawyer just off-camera

Minas and Beltran, both 27, are childhood friends from Southern California who said they are now the sole owners and co-CEOs of Puff Bar. Beltran said they wanted to speak out to “build trust” with their consumers.

Curate RegWatch
A growing move to ban flavoured e-cigarettes due to health concerns particularly in youth could actually benefit convenience stores in the...