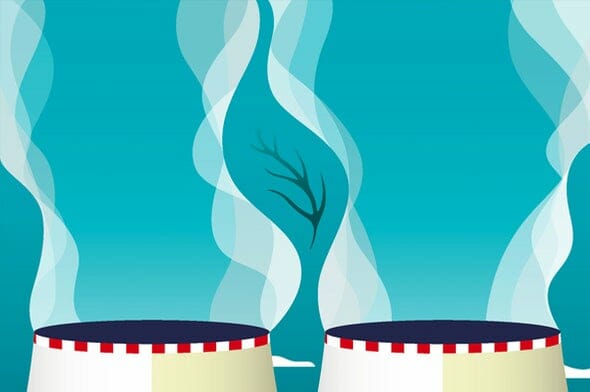 Controlling carbon in the atmosphere will require a mix of energy technologies—potentially including nuclear reactors, which emit no carbon but are seen as risky because of a few major accidents. That risk could be greatly reduced.

Commercial reactors have used the same fuel for decades: small pellets of uranium dioxide stacked inside long cylindrical rods made of a zirconium alloy. Zirconium allows the neutrons generated from fission in the pellets to readily pass among the many rods submerged in water inside a reactor core, supporting a self-sustaining, heat-producing nuclear reaction.

Trouble is, if the zirconium overheats, it can react with water and produce hydrogen, which can explode. That scenario fed two of the world’s worst reactor accidents: the 1979 potential explosion and partial meltdown at Three Mile Island in the U.S. and the 2011 explosions and radiation release at Fukushima Daiichi in Japan. (The 1986 Chernobyl accident was caused by faulty reactor design and operation.)