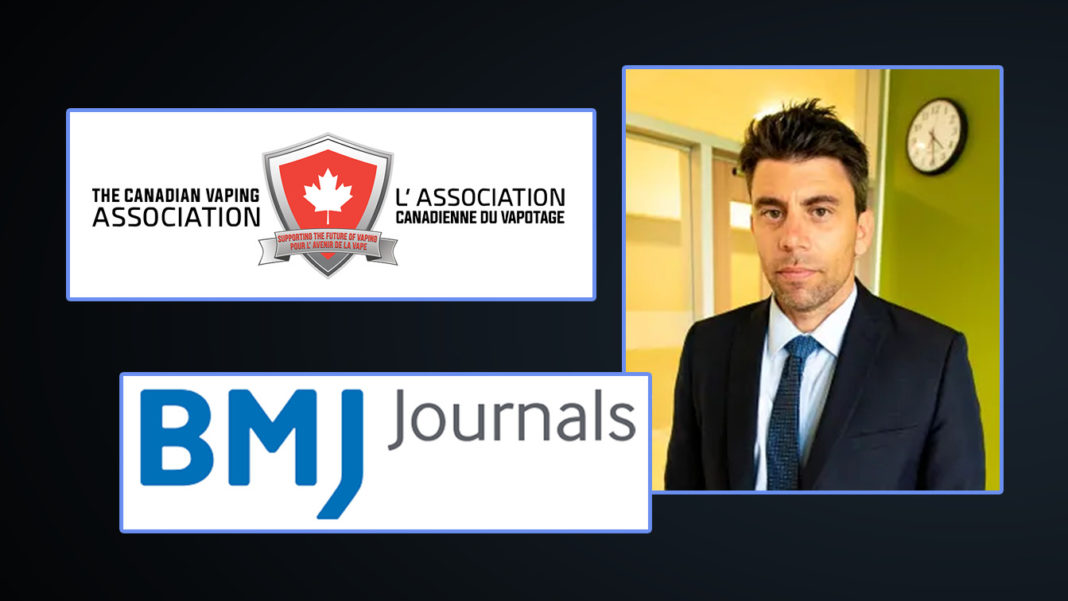 The study, “Prevalence of vaping and smoking among adolescents in Canada, England, and the United States: repeat national cross sectional surveys,” published in The BMJ in 2019 had claimed that there was a significant increase in youth smoking rates after years of steady decline, alarming the Canadian Vaping Association, health authorities and parents across the country.

Many cited vaping as the reason for the sudden increase in youth smoking rates. However, the release of Health Canada’s Canadian Student Tobacco, Alcohol and Drugs Survey (CSTADS), has resulted in a forced correction to be published in The BMJ.

With this correction, it has been concluded that youth smoking rates are continuing to decline, thus demonstrating that vaping is not a gateway to combustible tobacco. “The CVA has always been a proponent of protecting youth from nicotine addiction. We are pleased to see that inaccurate information is being corrected, as the erroneous statistics previously reported in this study were being used to justify legislation against the most successful harm reduction product on the market,” said Darryl Tempest, Executive Director of the CVA.

The Royal College of Physicians has concluded for the sixth consecutive year that vaping is at least 95% less harmful than smoking. Vaping is intended as a tool for adult smokers to reduce their harm. It is not intended for use by youth or non-smokers. Vaping has been proven repeatedly to be the most effective cessation product available globally, with smokers being 83% more likely to be successful quitting smoking through vaping than through any other cessation product.

As a society, we all strive to ensure that youth are shielded from harm. As such, it is absolutely critical that studies regarding the dangers of vaping on youth are accurate, since many measures that may be taken to protect youth have adverse effects on adult smokers looking to reduce their harm.

The analysis of data now accurately reflects that there is no connection between youth vaping and tobacco use. Vaping is the most successful harm reduction tool, not a gateway to tobacco use, and the legislation must reflect this in order to save the lives of millions of Canadian smokers.

Vaping among Canadian teens spikes by 74% in 1 year, Waterloo...

Pulmonologists weigh in on FDA decision to allow marketing, sale of...