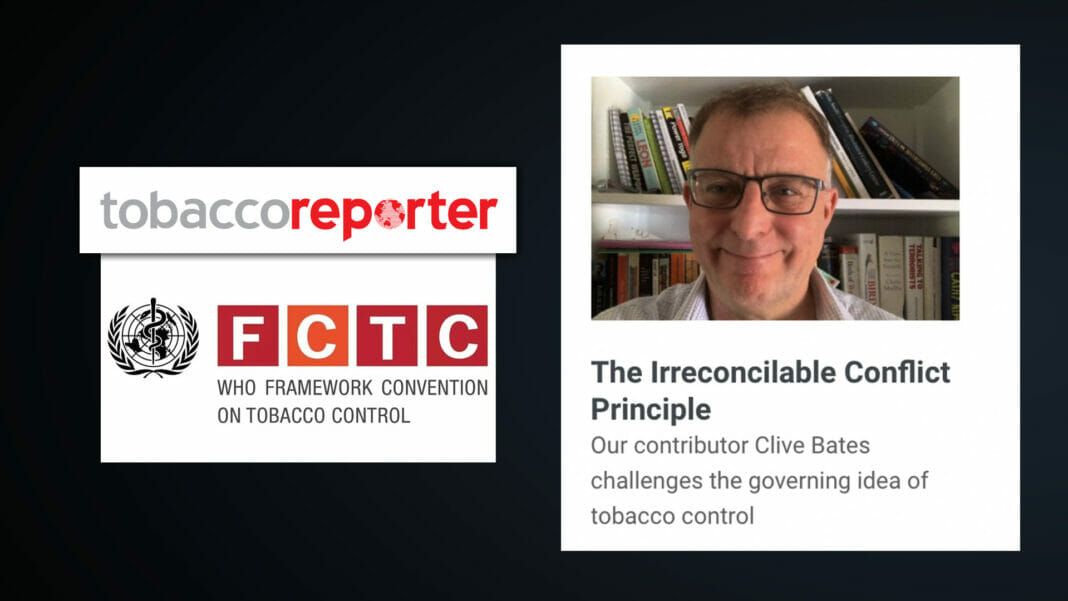 Sometimes defining an iron rule or governing idea and reorganizing our understanding of the world around it can be immensely revealing.

Einstein developed the special theory of relativity from an assumption that the speed of light in a vacuum is unwaveringly constant. The most surprising results follow from that.

Darwin showed that a simple mechanism, variation and natural selection, could explain much of the astonishing complexity of the natural world. Governing ideas are found everywhere: supply, demand and prices in economics; innocent-until-proven-guilty in criminal justice; and mutually assured destruction in arms control are further examples.

So, is there a governing idea in tobacco policy? Something that shapes everything and means that the world is understood through rigorous application of that rule? I think there is, but it is playing an ever larger, more polarizing and counterproductive role. The starting point is Article 5.3 of the World Health Organization Framework Convention on Tobacco Control (FCTC). Though often overstated, Article 5.3 is fairly innocuous:

In setting and implementing their public health policies with respect to tobacco control, Parties shall act to protect these policies from commercial and other vested interests of the tobacco industry in accordance with national law.

When read as originally intended by the FCTC drafters in 2003, this aims, quite reasonably, to guard against the improper commercial influence of Big Tobacco on public health policy.