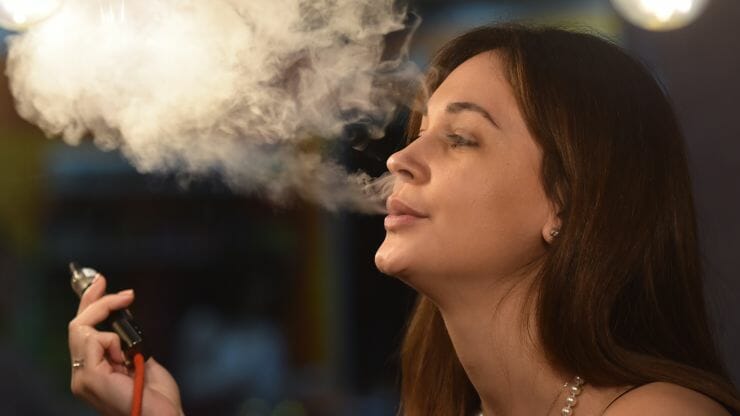 More teens who vape are using addictive or mind-altering substances than previously believed, according to a new study in the American Journal of Preventive Medicine, published by Elsevier. The data paint a different picture than previous research because of the significantly higher proportion (75 percent) of teens who vape using nicotine, marijuana, or multiple substances and not just flavoring. These findings add to growing public health concerns about youth vaping.

“Our study provided a more nuanced view of youth e-cigarette use behaviors than earlier studies. We found that youth were more likely to report vaping nicotine and marijuana than ‘just flavoring’ only, and that cigarette smoking intensity was associated with an increasing proportion of students reporting vaping nicotine only,” explained co-investigator Hongying Dai, PhD, Associate Professor, College of Public Health, University of Nebraska Medical Center, Omaha, NE, USA.

The prevalence of e-cigarette use among US youth increased dramatically during 2017-2019, partly due to the rising popularity of products with nicotine salt and pod-based products like JUUL, and a large number of flavors appealing to adolescents. The nationwide increases in use led the US Surgeon General to issue an advisory about the epidemic in 2018, but much more needs to be done to reverse the upward trend. Due to the recent spate of vaping-related lung injuries, calls for restrictions on flavored vaping products and e-cigarette use have become more urgent. Identifying substances vaped by youth is critical to formulating, implementing, and evaluating population-wide strategies and interventions to curb youth use of these products.

“Continuous surveillance of youth behaviors and strategies and interventions to reduce youth e-cigarette use are needed. The truth is that no form of tobacco is safe,” added co-investigator Mohammad Siahpush, PhD, College of Public Health, University of Nebraska Medical Center, Omaha, NE, USA.

The Risks of Another Epidemic: Teenage Vaping | New York Times

Curate RegWatch
“We’re stepping backward from all the advances we’ve made in tobacco control,” one investigator said. While most of us strive to avoid...

CDC | Transcripts and Audio Files of Telebriefings on “Vaping-Related” Lung...