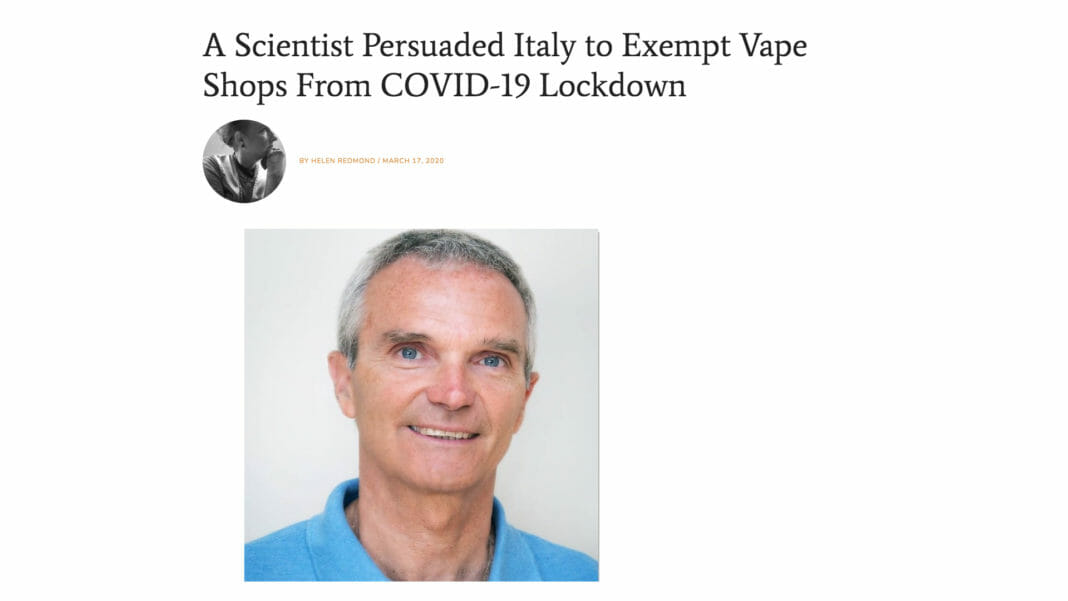 Italy has seen the worst outbreak of COVID-19 outside of China, after cases first appeared in the Lombardy region but quickly spread to other regions. At publication time, the country had almost 28,000 confirmed cases and over 2,100 deaths.

The Italian national healthcare infrastructure is under enormous strain because of the number of people who need intensive care.

To stem the spread, the government adopted some of the most stringent measures in the world, banning all public gatherings, closing schools and shutting down most commercial businesses, including bars and restaurants. Vape shops were originally included but are now exempt. And the country has one man in particular to thank for that.

“I got a little bit cross. And the next morning I launched a number of declarative statements.”

Dr. Riccardo Polosa is a world-renowned scientist and researcher on vaping and tobacco harm reduction. He is the founder of the Center of Excellence for the Acceleration of Harm Reduction (CoEHAR) in Catania, Italy. He has published dozens of studies on topics related to vaping, and is featured in this Filter video. I spoke with Dr. Polosa about the lockdown in the country and how it was affecting people who vape or smoke.

Helen Redmond: How many people vape in Italy?