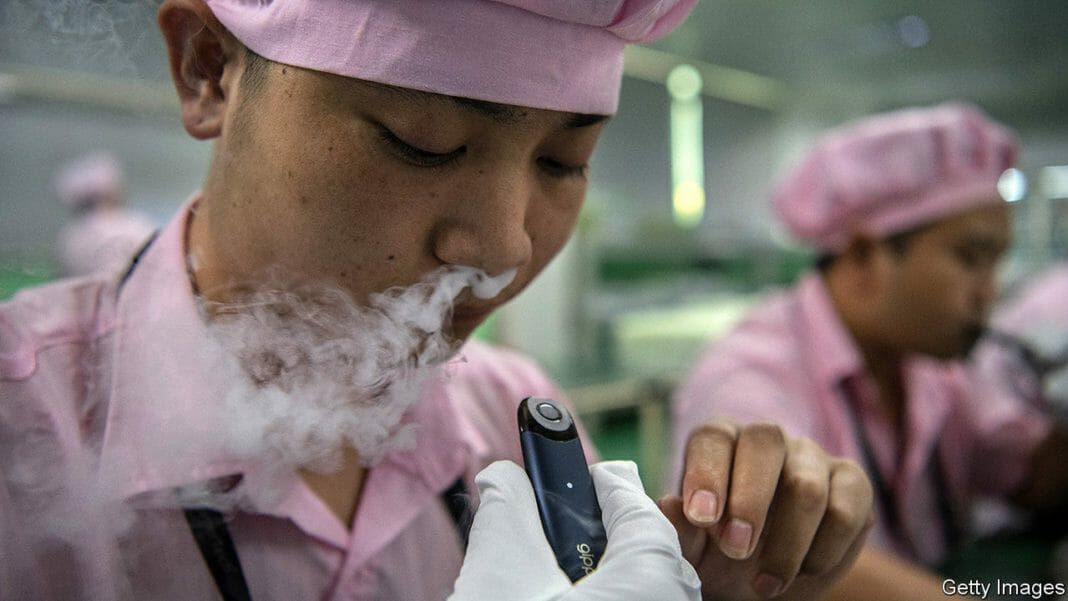 Smoore, the world’s most valuable vaping company, tries to carve out a niche among Chinese smokers

Chinese like to quip that the electronic cigarette is China’s fifth great invention, after paper, printing, gunpowder and the compass. A Chinese pharmacist hatched the idea in 2003 to wean smokers off tobacco. But it was in America, home to brands like Juul and Blu, that vaping first took off. Although one in four Chinese adults smoke tobacco, sales of e-cigarettes in China amounted to $2.7bn last year, a tenth of those in America, according to Frost and Sullivan, a consultancy.

Investors spy an opportunity. The market value of Smoore, China’s biggest e-cigarette maker, has nearly tripled since its initial public offering in Hong Kong on July 10th. It is now the world’s most valuable vape firm, worth around $24bn, more than the privately held Juul, most recently valued at $13bn. Smoore made a tidy pre-tax profit of 2.6bn yuan ($371m) in 2019, mainly from exporting components to foreign brands. It also hawks branded devices.

Investor optimism derives in large part from the prospect of rapid growth in China, where just 10m people were regular users of e-cigarettes at the end of last year. But dig a little deeper and the outlook darkens. A powerful state-owned cigarette monopoly, China Tobacco, will not cede ground to a rival product without a fight.

As New Zealand Cigarette Taxes Climb, So Do Harms to Poor...

Coronavirus: Vaping in public places could lead to spread of condition