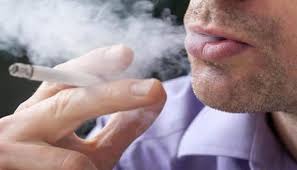 In 1951, Sirs Richard Doll and Austin Bradford Hill began surveying thousands of doctors to determine the cause of rising lung cancer rates in the United Kingdom.

In the 1970s, Sir Richard Peto joined the “British Doctors” research team, bringing with him a statistical expertise that proved invaluable to subsequent follow-up analyses. Half a century later, Peto and his colleagues continue to enhance our understanding of the long-term effects of smoking. Two recently published studies offer epidemiological insights that, like those early surveys, should inspire action.

The first, a study of 120,000 Cubans followed for almost 20 years, extends the knowledge gained from British Doctors cohort. The researchers found that smokers who started before 15 years of age (a third of all smokers) had twice the relative risk of dying prematurely, as compared to never-smokers. Further, they showed that smokers who quit before age 40 avoided almost all the excess risks of smoking. Helpfully, this study also includes a large portion of women (54 percent), whose smoking prevalence is rising at alarming rates in many regions. In Cuba, the frequency of deaths from lung, tracheal, or bronchus cancer now far outpaces deaths due to breast cancer (respectively: 37.7 and 29.9 per 100,000 persons).

Findings from the Cuban population study underscore the fact that children should never start smoking; and, fortunately, there exist many policies addressing the need to limit youth uptake of tobacco. Yet, the study’s second finding—that smokers can reap the benefits of cessation well into adulthood—is often neglected by policymakers. This study highlights the value of quitting before 40; and our work shows that substantial benefits can be achieved when cessation occurs as late as the 60s. These outcomes should emphasize that no population is a “lost cause,” and that we must devote public health resources to helping smokers of all ages quit.

In a second study, Peto and his colleagues again follow up with the British Doctors cohort to investigate the the relationship between smoking, quitting, and Parkinson’s Disease (PD). Smokers, they found, have a 30 percent reduced risk of PD over time. The authors also noted an inverse relationship between the amount of tobacco smoked and the probability of developing PD—leading them to suspect that “smoking is causally protective [against PD].”

Curate RegWatch
Anti-smoking groups are urging the Quebec government to appeal a court ruling that invalidated certain sections of the province’s tobacco legislation...