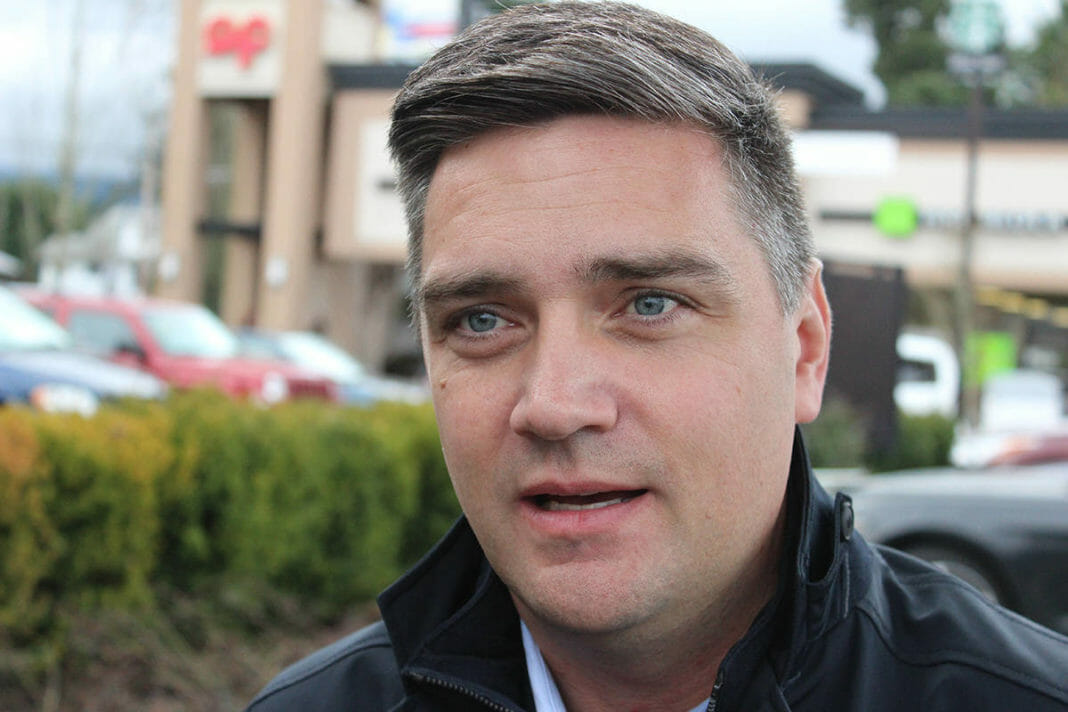 Just as doctors confirm the first known case of a vaping-related illness in Ontario, a B.C. MLA is urging the NDP government to take quick action and ban flavoured vapour products.

“There appears to be a clear link between vaping and several dangerous and harmful acute health impacts, not to mention potential long-term health implications that are still unknown,” Kamloops-South Thompson MLA Todd Stone said in an open letter sent to Health Minister Adrian Dix dated Wednesday.

According to the Middlesex-London Health Unit in Ontario, an unidentified youth was recently on life support due to a severe case of pulmonary illness which is believed to be linked to their daily vaping. The youth is now recovering at home.

Meanwhile, Health Canada has been urging people who vape to watch for symptoms such as a cough, shortness of breath, fatigue, diarrhea, vomiting and chest pain. It has also said that health-care professionals should ask patients about their use of e-cigarette products if they have respiratory symptoms.

In April, longtime Liberal politician Stone introduced a bill to increase restrictions on the sale of vape pens and products, as well as toughen penalties for those who don’t comply with standards.

“At the time, you indicated to me both publicly and privately that you shared my concerns about this public health issue facing our youth and that you were committed to working with me to implement tough action to protect our kids from the harmful effects of vaping,” the letter reads.

“Unfortunately, five months later, no action has yet been taken by your government.”

B.C.’s health ministry said last week it is preparing a response to the growing issue, including education and awareness, as part of a strategy to reduce the number of youth vaping in the province.

Black Press Media has reached out to the ministry for further comment.

Stone pointed to the largest concern being discussed across the nation and over the border: the number of youth and young people who have turned to vaping – being drawn in and hooked by companies deliberately targeting their demographic with flavours such as “fruit medley, gummy bear and mango.”

“These companies – and the tobacco companies that own substantial interests in most of them – have also targeted our kids with savvy marketing and advertising (especially via social media), sleek, modern, and compact drug delivery devices, and alluring packaging.”

As the school year is now well underway, Stone called for his private members bill to be considered, which would bring evidence-based awareness campaigns into schools across the province, roll out tougher online retail rules and a complete ban on all marketing and advertising of vape products similar to regulations on tobacco.

WHO must let all stakeholders have a say on tobacco control...