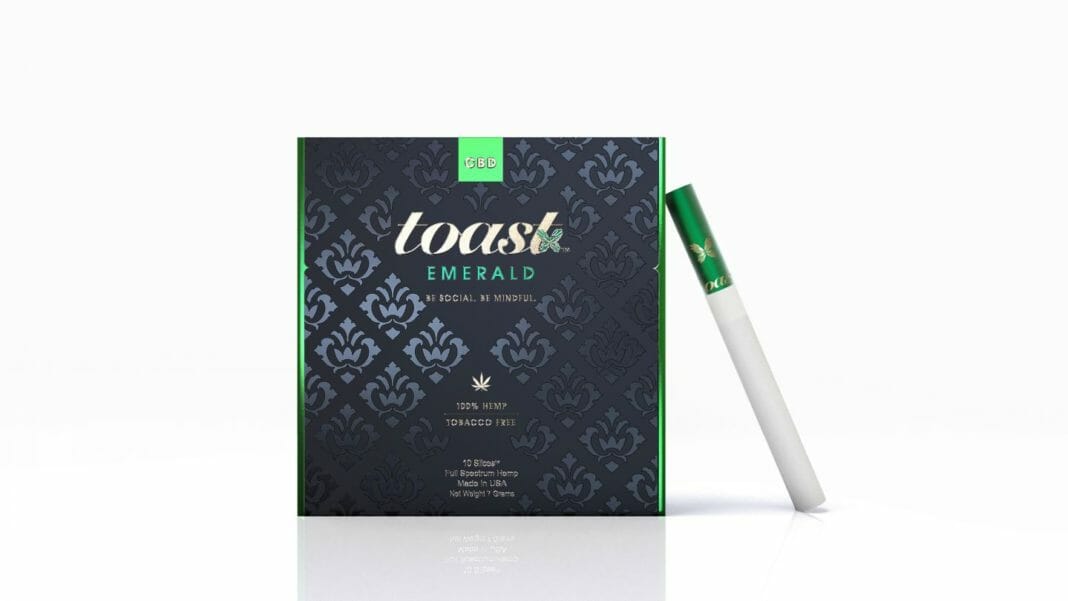 CBD cigarettes are aiming to be a better-for-you vice.

Aspen-based Cannabis brand Toast has launched a new line of CBD pre-rolls you can smoke like a cigarette sans tobacco. They’re made with CBD, the non-psychoactive ingredient found in the cannabis plant that won’t get users high like THC. And while doctors don’t support smoking, some say they can be less addicting than nicotine, and a better option when compared to vaping flavored e-cigarettes.

“It’s not going to be addictive. A lot of the problems we have with tobacco is if you smoke enough of it and you’re pre-disposed, you’re not going to stop. That’s unlikely to happen with hemp since there’s nothing in hemp that we’re aware of that makes people dependent,” Dr. Jordan Tishler, a medical expert at Green Flower Media and the president of the Association of Cannabis Specialists told FOX Business, adding:

“If you asked me would I rather have my teen smoke hemp, smoke tobacco or vape a Juul, I’d rather have her do none of the above, but the hemp cigarette seems like the least dangerous of the three because it has no nicotine.”

The hemp pre-rolls are made with hemp and 100 miligrams of CBD, and rolled in organic hemp paper with a wood pulp filter (Hemp is legal as long as it contains less than 0.3% of THC). There are no additives, pesticides, or chemicals, Toast’s website claims. A pack of two costs more than your average cocktail at $18. Each hemp pre-roll is made with no additives, and is hand inspected for quality before its packaged, the company says.

Tishler says CBD can’t be used to help treat nicotine addiction, however, some smokers seem to be using hemp as a means to wean themselves off cigarettes. A survey of more than 5,000 CBD users found that 24% have used it to quit smoking and replace cigarettes with smoking hemp or vaping, according to data from market research firm Brightfield Group. What’s more, 41% of quitters have replaced tobacco entirely with hemp CBD, according to the same report.

Tobacco use costs nearly $300 billion a year in direct health care and lost productivity, according to former Food and Drug Administration commissioner Scott Gottlieb. And 480,000 Americans die every year from tobacco use, mainly from smoking cigarettes, according to the FDA

Electronic cigarettes have faced public scrutiny as more vaping related illnesses and even death related to vaping have been reported. The Centers for Disease Control and Prevention reported at least 18 confirmed deaths and 1,080 cases across 48 states in the U.S. with 17% of people saying they were vaping nicotine.

“With the recent vaping news, we are encouraged that regulators are taking actions to better understand the impacts of vaping and that many legal vape companies are cooperating with shared goals of consumer safety,” Punit Seth, co-founder and CEO of Toast, said in a statement.

Some research has shown CBD’s ability to potentially reduce cigarette consumption among tobacco smokers. Researchers at University College London conducted a small study in 2013 of 24 smokers and gave them an inhaler with CBD or placebo for one week. They were told to use the inhaler when they felt the urge to smoke. Those who were given the placebo showed no differences in the number of cigarettes smoked, while those using CBD significantly reduced the number of cigarettes they smoked by 40%.

Some health experts, however, say the hemp pre-rolls should not be viewed as a wellness product and still pose health risks.

“When you’re burning dried plant material, you’re going to have byproducts of combustion. There’s toxic carcinogen effects in the hemp cigarette like tobacco. It is still a cigarette,” Dr. June Chin, a New York City-based physician and contributor to CannabisMD, said.

Chin says that CBD is most effective as an ingestible tincture to help relieve ailments like chronic pain and inflammation. And tinctures are the No. 1 way consumers are buying and using CBD, an industry that’s slated to grow to $22 billion by 2022.

Curate RegWatch
Though few studies have investigated the connection specifically, cigarette smoke and vaping aerosol are linked to lung inflammation and lowered immune...

Update: Demographic, Product, and Substance-Use Characteristics of Hospitalized Patients in a...

E-cig flavors may be more than alluring; they could cause damage...