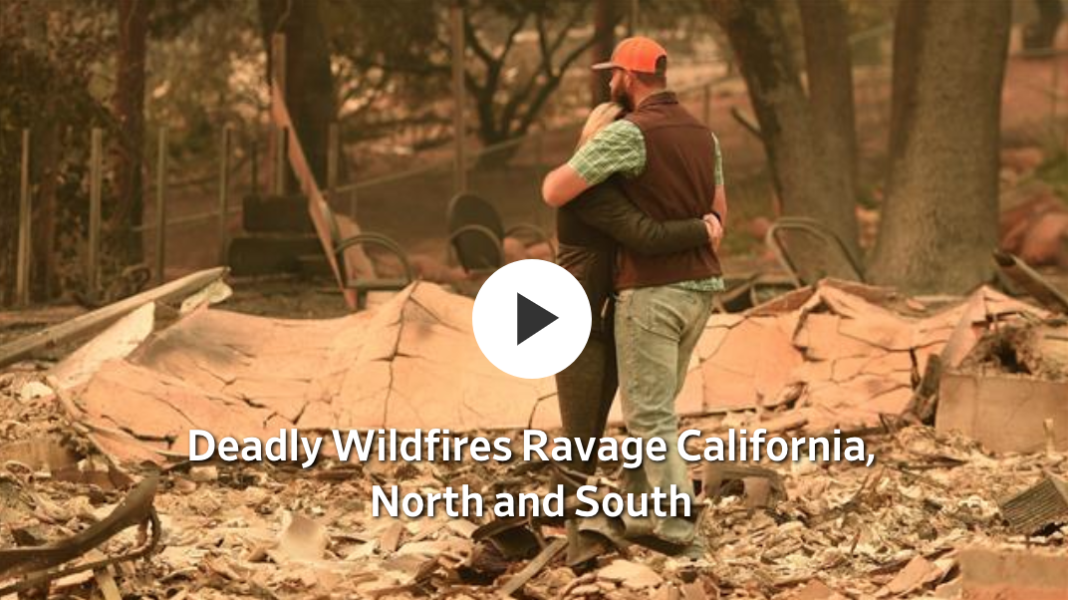 In the blackened rubble of the 82-year-old Paradise Elementary School, one of the few objects still recognizable was a child’s red bicycle.

“God, I’ve walked through those doors thousands of times,” Michelle John, the local school superintendent, said through tears as she surveyed the damage Monday.

For Ms. John, who used to be principal of this school, there was one saving grace amid the devastation: “We got the kids out.”

Forty-two people have died so far in the 117,000-acre Camp Fire raging in Northern California’s Butte County and hundreds are missing, the sheriff said Monday, making it the deadliest wildfire in state history. An additional two people died in the 92,000-acre Woolsey Fire to the south in Ventura and Los Angeles counties. Armies of firefighters have gained better control over the fires, although high winds remained a concern Monday.