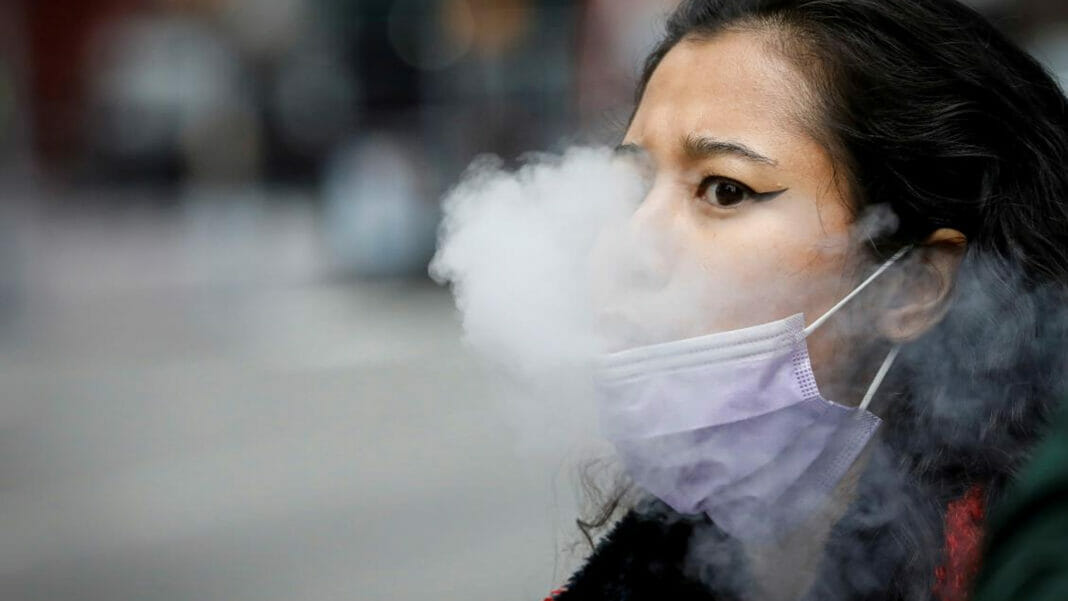 The number of vape users in Britain has dropped by 400,000 in 12 months, with campaigners saying that an unfounded belief that they are no less harmful than smoking is stopping people using them to quit cigarettes.

The figures came as an international evidence review found that e-cigarettes were 70 per cent more effective in helping smokers to quit than nicotine replacement therapy.

The charity Action on Smoking and Health (Ash), pointed to YouGov polling, which showed that in March there were 3.2 million e-cigarette users in Britain, down from 3.6 million the year before.

Deborah Arnott, the charity’s chief executive, said: “About a third of smokers have never even tried an e-cigarette and less than 20 per cent are currently using one. If many more smokers could be encouraged to give e-cigarettes a go, the latest evidence indicates that many more might successfully quit.”

She called on doctors and nurses to promote vaping as a quitting tool. “Health professionals . . . can give smokers the confidence to try an e-cigarette by letting them know that they can help them manage cravings and that they are a much safer alternative than continuing to smoke,” she said.

More than 643,000 smokers in England quit in the 12 months to August, compared with 307,000 last year, according to the UCL Smoking Toolkit Study, a monthly household survey. However, a separate analysis by University College London and Ash calculated that more than a million people gave up smoking during the lockdown.

A Cochrane Review, considered a gold-standard method of collating evidence on a topic, published a report yesterday that said e-cigarettes were better than the standard treatment of nicotine replacement therapy as a quitting tool.

Caitlin Notley, from the University of East Anglia’s Norwich medical school, part of the review team, said: “This might be because e-cigarettes mimic the behaviour of smoking as well as providing nicotine to ex-smokers. Although we don’t yet have long-term evidence on health harms of switching to e-cigarettes, the evidence clearly demonstrates that e-cigarettes are much safer than tobacco.

“Short-term harms of e-cigarettes, such as a sore throat or feeling nauseous, are of a similar magnitude to the short-term side-effects of nicotine replacement therapy.”

Nick Hopkinson, a reader in respiratory medicine at Imperial College London and chairman of Ash, said: “I see people every day whose lungs are damaged by smoking — many have tried to quit repeatedly. E-cigarettes can help those who might otherwise struggle to quit.”

Curate RegWatch
Like smoking, vaping can be a real drag on your premiums. At some point you’ve probably been warned about the health risks...