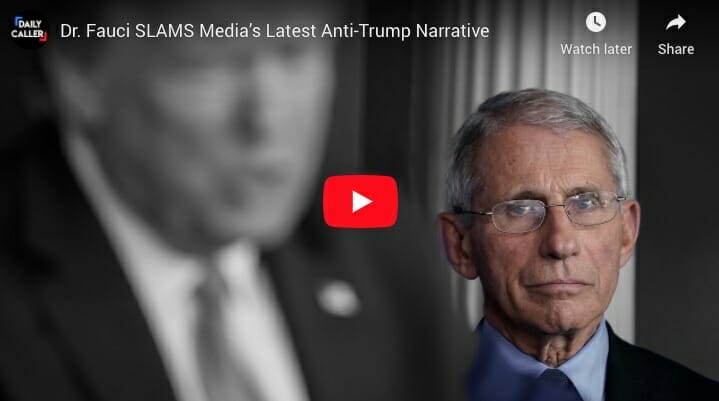 Dr. Anthony Fauci shut down the media’s latest anti-Trump reports during a radio interview Tuesday after many bashed the president’s attempts to re-open the country sooner rather than later.

Media pundits and publications slammed Trump for trying to re-awaken the American economy, reporting that he was going against the advice of many health experts. Fauci, an immunologist and the chief medical advisor to the coronavirus task force, dumped cold water on this latest anti-Trump narrative during an interview on WMAL’s “Mornings on the Mall” with Mary Walter and Vince Coglianese.

“Obviously, this is something that’s under very intense discussion,” Fauci said when asked about the 15 day social isolation idea pushed by Trump. “What the president is trying to do is to balance the public health issues with the fact that this is having an enormous impact on the economy of the country, which may actually indirectly even cause a considerable amount of harm and difficultly, even health wise.”

“So, it’s a delicate balancing act, which the president is trying to get it right, and we’re under very intense discussions right now about what the most appropriate timeline is and if we do modify it, how we modify it.”