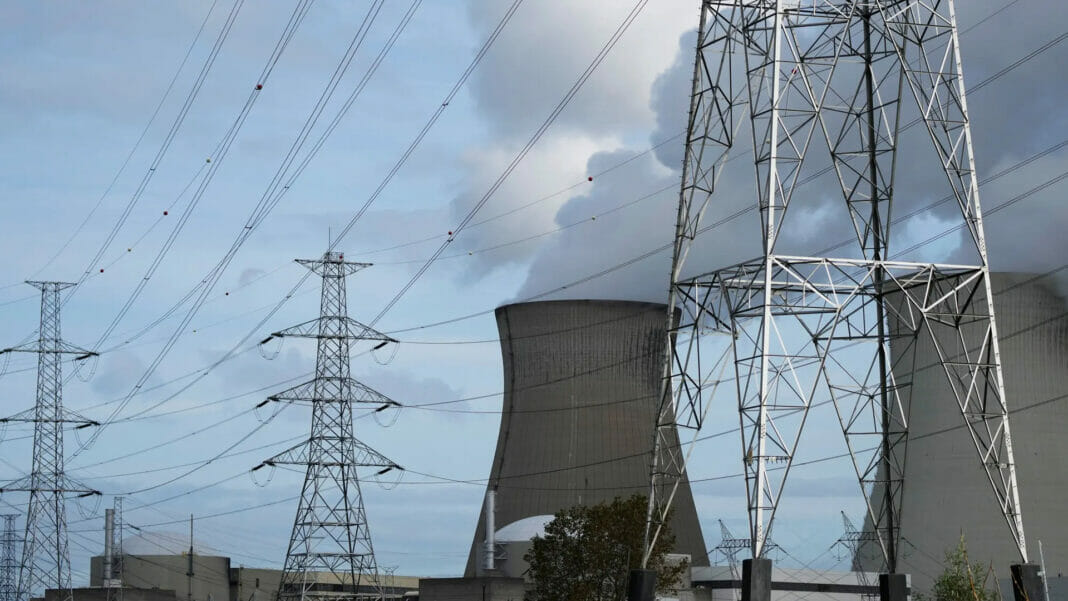 The draft proposal could help unleash a wave of investment, but critics say both sources of energy cause damage to the environment.

The European Union has drawn up plans to classify some nuclear power and natural gas plants as green investments that can help Europe cut planet-warming emissions, a landmark proposal that, if approved, could set off a resurgence of nuclear energy on the continent in the coming decades.

The European Commission said it had begun consultations with European Union countries on the proposal, which is intended to provide a common set of definitions of what constitutes a “sustainable investment” in Europe. Any final plan can be blocked by a majority of member states or by the European Parliament.

“The Commission considers there is a role for natural gas and nuclear as a means to facilitate the transition towards a predominantly renewable-based future,” the statement, released on Saturday, said.

The proposal caps one of the most heated political battles in Europe at a time when its leaders have pledged to pull the planet back from the brink of climate catastrophe. It follows months of intense lobbying pitting a pronuclear bloc led by President Emmanuel Macron of France, Europe’s biggest atomic power producer, over objections from Germany and other countries that are wary of a proliferation of nuclear power on European soil.

A draft legal text circulated in Brussels over the weekend seeks to strike a middle ground. The proposal would deem natural gas and nuclear power as “transitional” green energy sources to be used to bridge countries’ moves away from coal and carbon-emitting power toward clean energy technologies like wind and solar.

Nuclear power would be considered a sustainable investment if countries can safely dispose of radioactive waste — one of the biggest concerns for the German-led bloc. New plants would be considered sustainable investments through 2045 and would have to undergo safety upgrades during their lifetime to ensure “the highest achievable safety standards,” according to the draft.

The European Union has been working to make sustainability and climate considerations an integral part of its financial rules in order to support the so-called Green Deal, which aims to make Europe a net-zero emitter of greenhouse gases by 2050.

The rules are intended to drive private capital and public money to renewable investments and prevent “greenwashing,” when companies make irresponsible claims of helping clean the environment.

Supporters say natural gas and nuclear can provide critical sources of electricity as economies transition toward cleaner sources like wind and solar, and new technologies like hydrogen power.

But others say neither deserves to be considered a green investment, pointing to carbon dioxide emissions from burning natural gas and the environmental hazards of nuclear plants.

The commission’s proposal is expected to face opposition from members of the European Parliament. Bas Eickhout, a Green lawmaker from the Netherlands, said that classifying natural gas as a green investment would mean “the entire climate leadership of the European Union is down the drain.”

Mr. Eickhout added: “It would also send the wrong signal to the world. If Europe starts calling an investment in gas green, then what exactly is the reason for the African Union not to go fully into gas as well?”

He said the debate has become “a proxy fight” among national leaders for the future of energy in the bloc.

Of the two technologies, however, nuclear power has arguably been the most politically fraught issue.

France led a coalition this year that included nations in Eastern Europe — the continent’s most coal-dependent region — to get nuclear energy and natural gas classified as sustainable investments. Poland, Hungary, Bulgaria and Romania are among the countries that want to attract more investment for nuclear power as they move away from fossil fuels.

Germany, on the other side, along with Austria, Luxembourg, Portugal and Denmark have expressed concerns about a buildup of nuclear power plants and the radioactive waste they produce.

“Different visions of low-carbon transition made it up to the political agenda,” said Alexander Lehmann, head of the Sustainable World Academy at Frankfurt School of Finance and Management. “The costs of the transition begin to sink in on people, so diametrically opposed energy policies have become clearer,” he said. “It has brought key oppositions out in the open.”

Including nuclear and gas energy in Europe’s sustainable investment rule book — known as a green taxonomy — could have significant implications at home and abroad.

In Europe, it would unlock billions of euros in state aid for expensive nuclear energy projects. Banks and pension managers offering investments supporting environmental, social and governance causes — known as ESG funds — would find it easier to include nuclear energy companies and natural gas in sustainable investment funds that they offer to or invest in for clients.

“By and large, nuclear was not considered to be ESG-friendly,” said Marisa Drew, the head of sustainable investing at Credit Suisse. E.U. approval, however, would open up “a potentially big wave of investment dollars,” she said. “Trillions of ESG money could find its way in this direction,” she added.

Sandrine Dixson-Declève, a co-president of the Club of Rome and a member of the panel that advised the European Commission on nuclear and natural gas, said that neither power source could be considered green.

The advisory body, known as the European Commission Advisory Platform on Sustainable Finance, concluded earlier this year that nuclear power plants posed risks of “significant harm” to the environment because of the radioactive waste they generate and concerns over the safety of storing it, she said.

“We couldn’t give it a clean bill of health,” she said.

Tsvetelina Kuzmanova, an expert on sustainable finance and a policy adviser at E3G, a Brussels think tank, said including nuclear and natural gas in the taxonomy amounted to “calling something that isn’t green, green.”

She said a number of other countries are likely to be influenced by the European Union’s final ruling, and warned that it could create “a race to the bottom.”

Further debate means it could take years before the E.U.’s rule book actually comes into force.

Nonetheless, the political tide has increasingly turned in favor of nuclear power as a low-carbon solution to mitigate climate change — especially a new generation of smaller, cheaper plants across the globe, said George Borovas, head of nuclear practice at the global law firm Hunton Andrews Kurth.

“There will be a nuclear renaissance,” he said. “It’s not going to be for everyone, but it will be for a number of countries.”

Investment money wouldn’t start flowing right away, noted Ms. Drew of Credit Suisse. Banks will need to update their sustainable investment governance for funds offered to clients, to include nuclear and gas alongside renewable energy sources like wind and solar power.

And small modular nuclear reactor projects, in particular, still need to get off the ground. “It’s early days. You have a few people with business plans looking for funding,” she noted.

But as the industry scales up, so will the investments. A number of companies, from Rolls-Royce to Westinghouse, are working on models that can be put together in factories and assembled on site at the fraction of the cost of traditional behemoth nuclear plants.

If that happens, she said, “we’re not going to get that genie back in the box.”