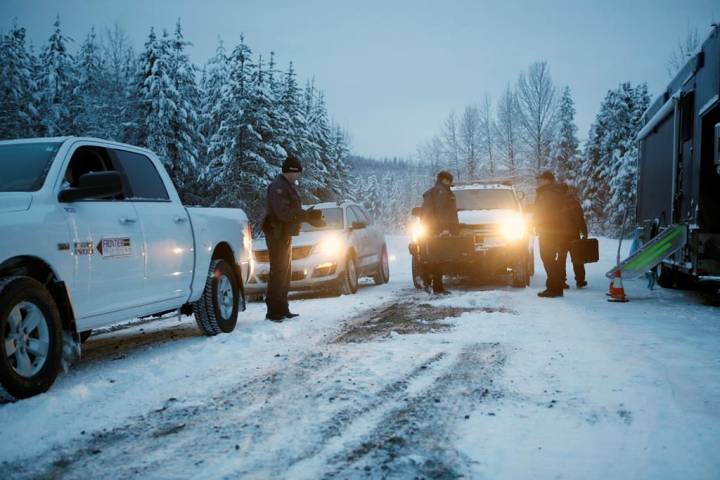 The fate of a second barrier blocking access to a pipeline project became the focus of First Nations leaders in northern British Columbia Wednesday as they waited to see whether the RCMP would dismantle it.

RCMP roadblocks remained in place for a third day around the territory of the Wet’suwet’en First Nation, where 14 people were arrested on Monday after the Mounties forcibly took apart a first gate blocking access to an area where Coastal GasLink wants to build a natural gas pipeline.

Sitting by a fire outside the RCMP roadblock, Alexander Joseph said the arrest of Indigenous people on their own traditional territory brought back some difficult memories.

“I come from residential (school), I come from the ’60s Scoop,” Joseph said. “It feels like the same thing is happening over and over again. The RCMP and the government coming in, taking away us, from our own culture, our own nature. And that’s not right.”