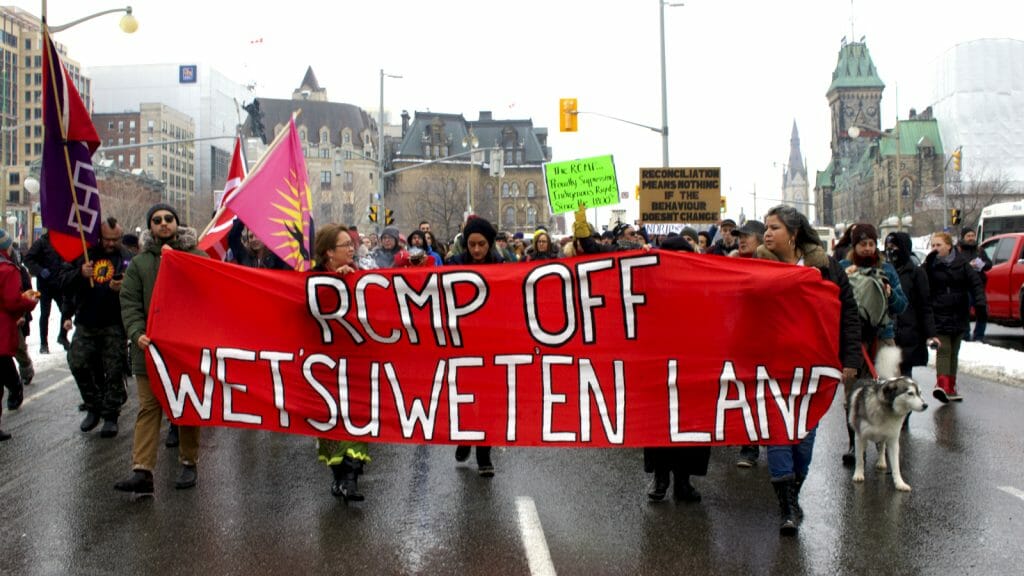 On Jan. 8, 14 people were arrested in the Wet’suwet’en First Nation for allegedly failing to obey a court injunction that required the removal of a blockade.

The Unist’ot’en Camp was set up years ago to manage entry into the Indigenous territory. A blockade, called the Gitdumt’en access point, was set up further along the road. A December court injunction was granted in favour of Coastal GasLink, ordering protesters to remove the blockade.

The order was later expanded to include the Morice West Forest Service Road, on which the Gitdumt’en access point was located.

Over the weekend, RCMP vehicles and tactical units were spotted in the nearby towns of Houston and Smithers. The conflict came to a head on Monday when RCMP went to the blockade.

What is the Coastal GasLink project?

The Coastal GasLink pipeline project aims to connect fracking projects in the Peace Region to the upcoming $40-billion LNG Canada plant in Kitimat.

Coastal GasLink is a subsidiary of TransCanada Corp.