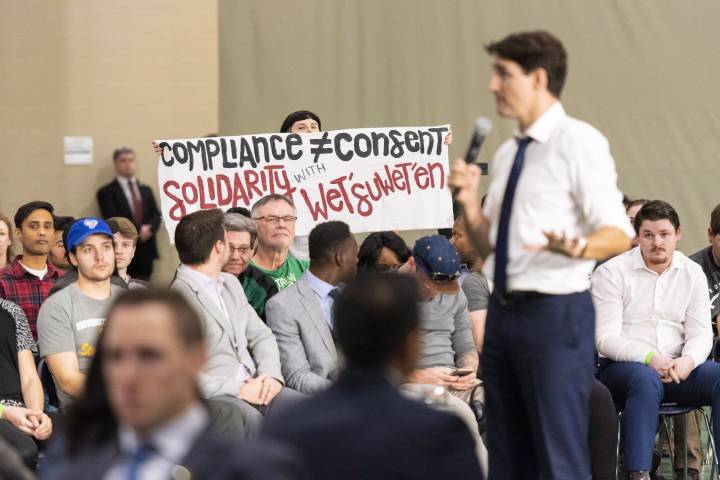 Prime Minister Justin Trudeau touted the benefits of a liquefied natural gas project that’s at the centre of an impasse with First Nations in a speech to supporters Wednesday in Kamloops, B.C.

RCMP arrested 14 people Monday in northwestern British Columbia over a protest against construction of a natural gas pipeline by Coastal GasLink, a key part of the $40-billion LNG Canada project.

In a campaign-style speech at the Liberal fundraiser, Trudeau did not address the arrests but heralded the massive project as one of his government’s key achievements over the past year.

He says the project is going to produce Canadian LNG that will supplant coal in Asia as a power source and help the environment.