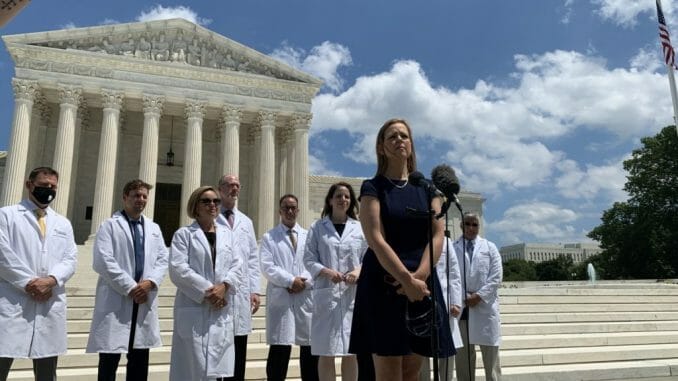 Facebook has removed a video posted by Breitbart News earlier today, which was the top-performing Facebook post in the world Monday afternoon, of a press conference in D.C. held by the group America’s Frontline Doctors and organized and sponsored by the Tea Party Patriots.

The press conference featured Rep. Ralph Norman (R-SC) and frontline doctors sharing their views and opinions on coronavirus and the medical response to the pandemic. YouTube (which is owned by Google) and Twitter subsequently removed footage of the press conference as well.

The video accumulated over 17 million views during the eight hours it was hosted on Facebook, with over 185,000 concurrent viewers.

The event, hosted by the organization America’s Frontline Doctors, a group founded by Dr. Simone Gold, a board-certified physician and attorney, and made up of medical doctors, came together to address what the group calls a “massive disinformation campaign” about the coronavirus. Norman also spoke at the event.