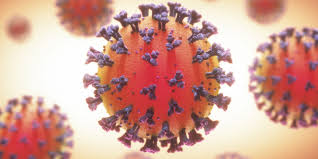 Germany’s federal government and mainstream media are engaged in damage control after a report that challenges the established Corona narrative leaked from the interior ministry.

Some of the report key passages are:

So far, so bad. But it gets worse.

The report focuses on the “manifold and heavy consequences of the Corona measures” and warns that these are “grave”. More people are dying because of state-imposed Corona-measures than they are being killed by the virus.

The reason is a scandal in the making. A Corona-focused German healthcare system is postponing life-saving surgery and delaying or reducing treatment for non-Corona patients.

Initially, the government tried to dismiss the report as “the work of one employee”, and its contents as “his own opinion” – while the journalists closed ranks, no questions asked, with the politicians. But the 93-pages report titled “Analysis of the Crisis Management” has been drafted by a scientific panel appointed by the interior ministry and composed by external medical experts from several German universities.

The report was the initiative of a department of the interior ministry called Unit KM4 and in charge with the “Protection of critical infrastructures”. This is also where the German official turned whistleblower, Stephen Kohn, work(ed), and from where he leaked it to the media.

The authors of the report issued a joint press release already on Mai 11th, berating the government for ignoring expert advise, and asking for the interior minister to officially comment upon the experts joint statement:

“Therapeutic and preventive measures should never bring more harm than the illness itself. Their aim should be to protect the risk groups, without endegearing the availibilty of medical care and the health of the whole population, as it is unfortunately occurring”

“We in the scientific and medical praxis are experiencing the secondary damages of the Corona-measures on our patients on a dialy basis.”

“We therefore ask the Federal Ministry of the Interior, to comment upon our press release, and we hope for a pertinent discussion regarding the [Corona] measures, one that leads to the best possible solution for the whole population”

At the time of writing, the German government had yet to react. But the facts are – sadly – vindicating the medical experts’ worries. On Mai 23 the German newspaper Das Bild titled: “Dramatic consequences of the Corona-Measures: 52,000 Cancer Ops delayed.” Inside, a leading medical doctor warns that “we will feel the side-effects of the Corona crisis for years”.