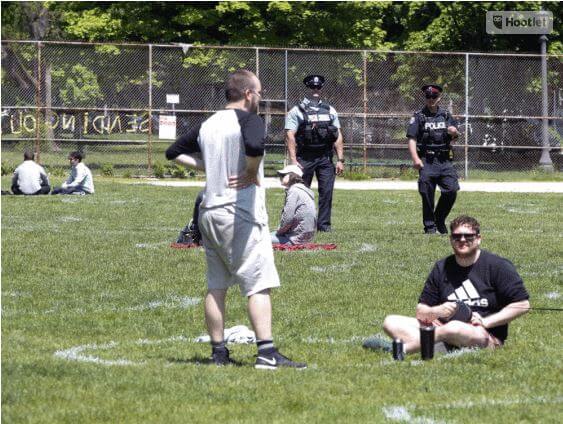 The many emergency laws and regulations introduced to target the COVID-19 pandemic have amounted to the “death of civil liberties by a thousand cuts,” a new report says.

The non-profit Canadian Civil Liberties Association (CCLA) on Friday released a lengthy document that reviews emergency measures introduced by federal, provincial and municipal levels of government in recent months, which authorized everything from unlimited spending powers to hefty fines for people who fail to practise social distancing. The organization asserts that those measures amount to a broad overreach of government powers that, left unchecked, threatens to become permanent.

“The pandemic has led to a thousand impositions on civil liberties that might feel minor alone, but which taken together represent an extraordinary change to civil liberties in Canada,” the report said.