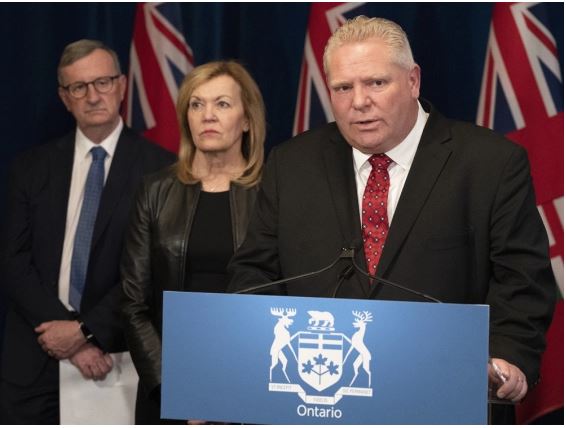 For 11 years, Crowcroft worked inside the agency known as Public Health Ontario (PHO) in a series of progressively more senior roles. During the 2009 H1N1 pandemic, she led the agency’s surveillance epidemiology group. Last year, in April, she was named PHO’s chief science officer and senior scientist.

The public health system Crowcroft found in Ontario was “a bit of a dog’s breakfast,” she said. Over the years, there were constant squabbles between the Ministry of Health and PHO about issues like jurisdiction and independence. Crowcroft wasn’t shocked by any of that. To an extent, it just goes with the territory in her field. “Governments really don’t like independent public health organizations that evaluate what’s going on and tell them when they’re not doing things right,” she said. They’re constantly trying to trim their wings and pull them back into the cage.

“I sometimes say it’s a bit like the Death Star in Star Wars,” Crowcroft said. “You know you have to do everything you can not to get sucked into the tractor beam.”

For all her frustrations, Crowcroft enjoyed working in public health. She thinks it’s vitally important work, and interesting too. But two years ago, after the election of Doug Ford’s Progressive Conservative government, the situation at Public Health Ontario, and in the Ontario public health system at large, began to deteriorate, she said.

The Ford government quickly froze PHO’s budget and signalled that deeper cuts, to PHO and local health units, were on the way. The new administration also proved uninterested in some core public health missions, things like basic science. That hostility isn’t entirely new. Some of it predates this government. “But it did get worse under this government,” Crowcroft said. “The government has made it almost impossible for science to function within a public health organization.”