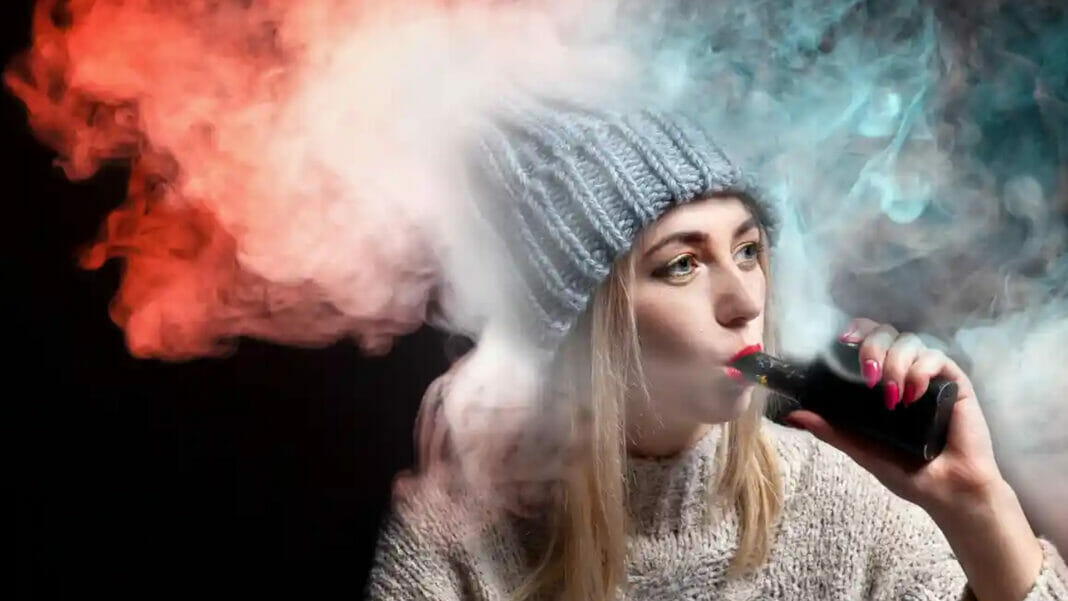 Cartoon characters and sweetie names are being used to market products, which could encourage young people to give them a try

Health experts want e-cigarette makers to be banned from promoting them in ways that will appeal to children, including naming their products after sweets and using cartoon characters.

Action on Smoking and Health (Ash) and UK public health doctors are urging ministers to outlaw “totally inappropriate marketing techniques” that they fear will lure under-18s into vaping. They are demanding action to stop e-cigarettes and the e-liquids that go into them from being given names such as “bubblegum candy” and “gummy bears”, which are types of confectionery, and using cartoon images such as “slushies”, ice-filled soft drinks popular with children.

Professor Chris Whitty, the government’s chief medical adviser, shares their concern about e-cigarettes being marketed in a way that could encourage young people to try them, even though it is illegal to sell them to under-18s. He warned last year that the government should deal robustly with anyone trying to “push” them at young people.

Deborah Arnott, Ash’s chief executive, said: “Branding using cartoon characters, garish colours and sweet names is clearly attractive to children, and it is hard to imagine why it is necessary for adult smokers.

“These are totally inappropriate marketing techniques for manufacturers to be using, given that it is illegal to sell e-cigs to under-18s. These techniques risk luring children into e-cigarette use who otherwise would never have tried them.

The government has a responsibility to do all it can to reduce the appeal of e-cigarette packaging to children.”

The call comes after new research by Ash, King’s College London and the University of Waterloo in Canada found that children were more likely to find a range of popular vaping brands appealing if the packaging used bright colours compared with those that came in plain packets. However, the type of packaging made no difference to adults’ views.

Professor Maggie Rae, president of the Faculty of Public Health, backed Ash’s call for action. “The chief medical officer should take note of this research and urge the government to take powers to regulate e-cigarette packaging. The widely available child-centred packaging of e-liquids in particular, which includes brightly coloured cartoon characters and sweet names such as ‘gummy bears’, ‘cherry cola’ and ‘bubblegum’ is unnecessary, egregious and must be stopped,” she said.

Ash hopes that MPs will table amendments to the health and care bill to proscribe the child-friendly packaging and also to ban e-cigarettes being given away to children and young people, after one firm handed them out free in Bath, Bristol and Brighton without age checks.

Whitty said last year: “We need to make sure history does not repeat itself. The test of whether a product is being targeted at children is if it starts to be increasingly used by children, and that will lead to action.

“If e-cigarettes are increasing in children then we should assume that they are being marketed towards them or at least pushed on them in some way, and deal with that very, very strongly.”

The number of young adults who smoke rose sharply during the first Covid lockdown, it emerged last week. New research showed a 25% jump in lighting up among 18- to 34-year-olds in England – an extra 652,000 people. The experts behind the study said the spike was probably down to young adults smoking to help them cope with the stress of the pandemic.

The Spectrum alliance of public health academic researchers also wants action. Professor Linda Bauld of Edinburgh University, the group’s director, said: “There is little regulation of e-cigarette packaging in the UK, other than the requirement to put a health warning on the pack.

“This new research suggests that taking action to regulate e-cigarette packaging could help decrease the appeal of e-cigarettes to children.

“However, given there is still some confusion between vaping and smoking, it is essential that any packaging requirements make clear the distinction between e-cigarettes and tobacco products.”

The Department of Health and Social Care was approached for a response.

The origins, development, effects, and future of the WHO Framework Convention...

Fighting the Last War: An Excoriation of the WHO and Tobacco...