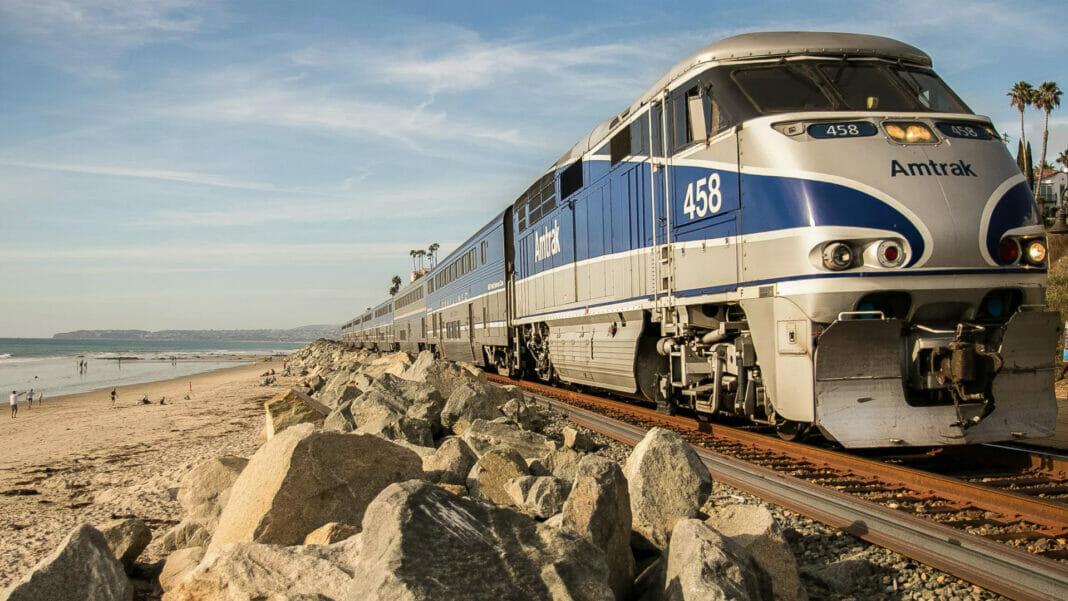 Amtrak’s funding will double under the bipartisan infrastructure bill, while Amtrak passengers will have to put up with more rules.

The bipartisan infrastructure bill released last night gives a lot more money to Amtrak. Passengers of the rail service, meanwhile, get more rules about their onboard behavior.

Tucked into the 2,700-page bill is a clause that would ban smoking anywhere on an Amtrak train. The bill’s text explicitly says that electronic cigarettes and other vaping devices would be covered by the ban.

Existing Amtrak policy already prohibits smoking and vaping on trains, although it is permitted in designated areas of some train stations. But some lawmakers argue that this isn’t good enough, since a more consumer-friendly Amtrak management could re-permit smoking or vaping all on its own.

“Although Amtrak has implemented its own policy banning smoking on trains, this policy could be reversed if not codified, particularly in regard to e-cigarettes,” said Del. Eleanor Holmes Norton (D–D.C.) in a press release back in 2019, when she first introduced a bill to ban vaping on Amtrak. “I am reminding my colleagues of the countless lives lost during the decades it took states to ban smoking in public areas. We should not make the same mistake again by delaying banning electronic cigarettes and vaping devices on trains.”

Doug the Pug Doesn’t Want You To JUUL

Curate RegWatch
Truth Initiative, the nonprofit that’s been railing against cigarettes for years, is now determined to show us the evils of JUUL. With...

POLOSA – Aerial transmission of the SARS-CoV-2 virus through environmental e-cigarette...

Switching to E-Cigarettes Not Likely to Prevent Smoking Relapse