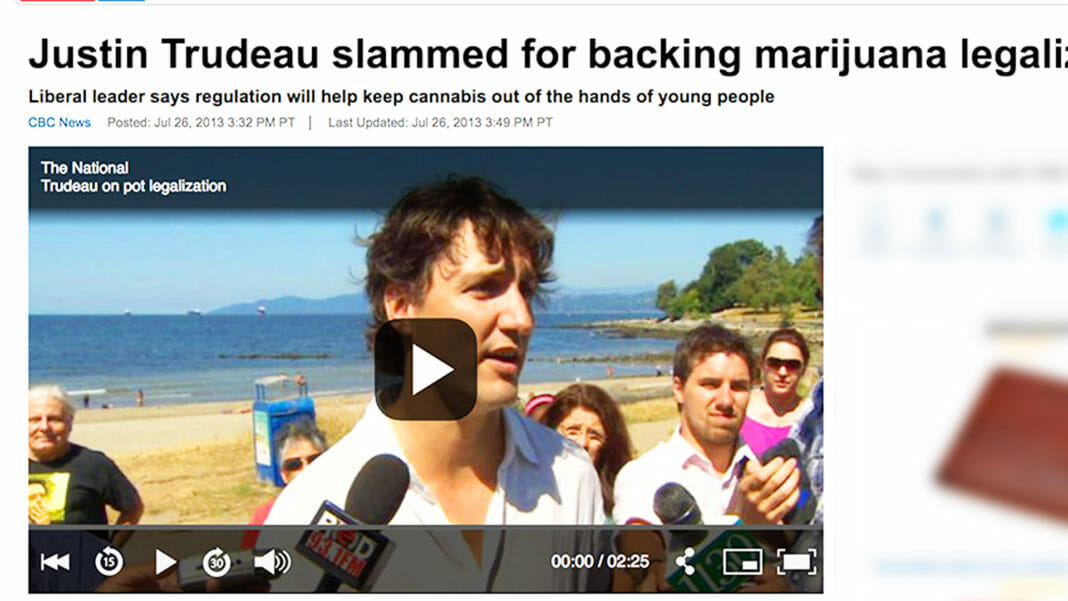 Liberal leader says regulation will help keep cannabis out of the hands of young people. Federal Liberal Leader Justin Trudeau has come out strongly in favour of legalizing marijuana, a position the Conservatives strongly oppose and one even the NDP calls political pandering.

Speaking in Vancouver on Thursday, Trudeau said he now backs the legalization — not just decriminalization — of marijuana.

“Decriminalization is a great first step [but] I’m in favour of legalization as well, because we control it, tax and regulate it, we allow for development of a medical marijuana industry.”

Trudeau says regulation will also help keep cannabis out of the hands of young people because — just like with cigarettes and alcohol — they will be required to provide proof of age.

“I certainly wouldn’t want to encourage people to use it… but in terms of respecting Canadians and their choices… and following where the science leads us is a responsible way of government,” he said.