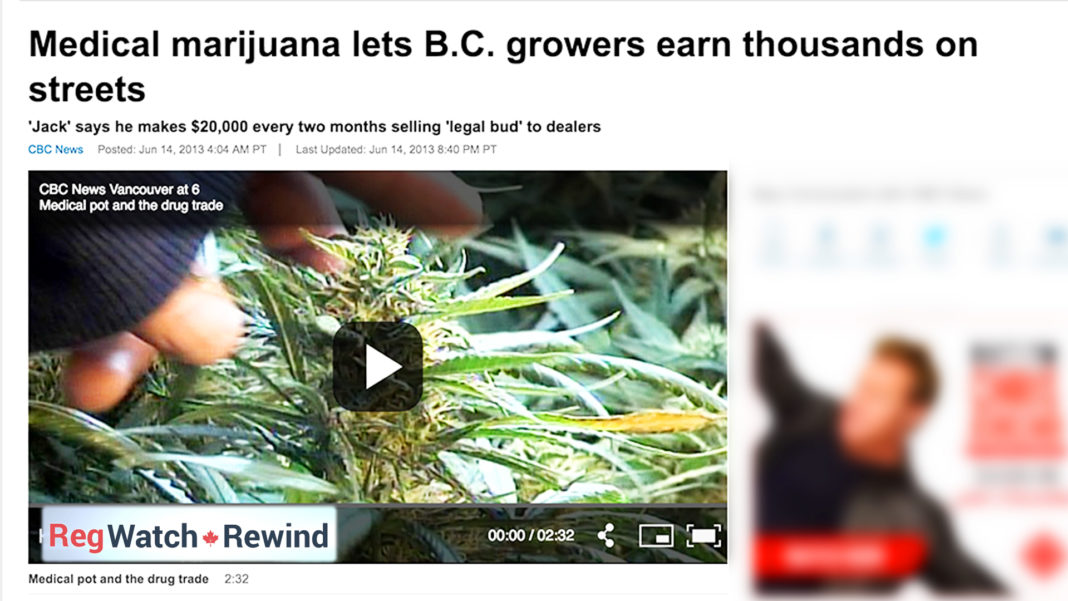 A B.C. pot grower says he and many others are making thousands of dollars every month growing licensed medical marijuana and selling it for illegal distribution on the streets, and there is little police can do to stop it.

As he descends the steps of his Nelson home, Jack throws a switch and lights up 85 well-tended pot plants. Exhaust fans hum as he tends to his crop.

“This is a three weeks in bud. You can see they got a nice bud on them,” says Jack, who CBC agreed to identify only by his first name.

“It’s starting to smell nice. Another four weeks and these will be done,” he says.

Jack says he has been a pot grower his whole adult life and he’s made a good living at it, comfortably raising a family .

Jack says he used to grow his pot illegally and sell it on the Prairies, but that was too risky, so he applied to Health Canada for a Personal Use Production licence.