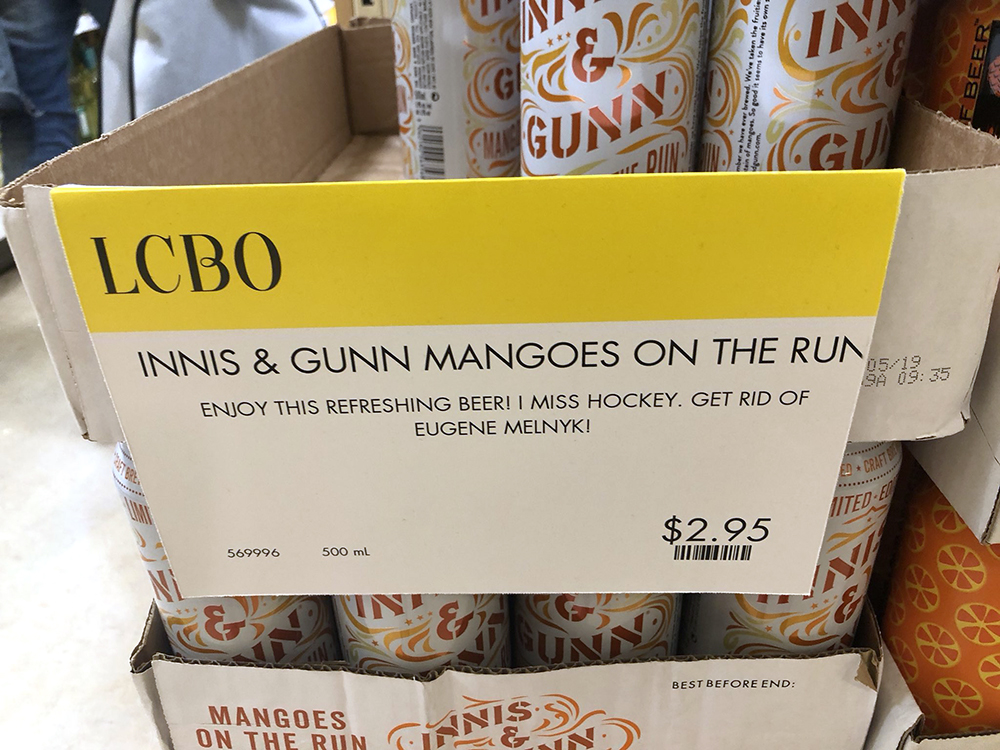 The LCBO says it is “looking further” into the actions of an employee after they posted an in-store sign, suggesting Ottawa Senators hockey owner Eugene Melnyk be ousted from the organization.

While at the Rideau Street location on July 14, a shopper spotted a sign under cans of beer that read: “Enjoy this refreshing beer! I miss hockey. Get rid of Eugene Melnyk!” and tweeted a photo of the display.

After the posting was retweeted almost 300 times, the LCBO issued a statement, via Twitter, three days later, condemning the employee’s actions.

“Recently an individually-created product display sign that referenced @MelnykEugene was posted at an @lcbo Ottawa store. This is against our policies & values. We are looking into the matter further & offer sincere apologies to Mr. Melnyk, the @ottawasenators, fans & customers.”