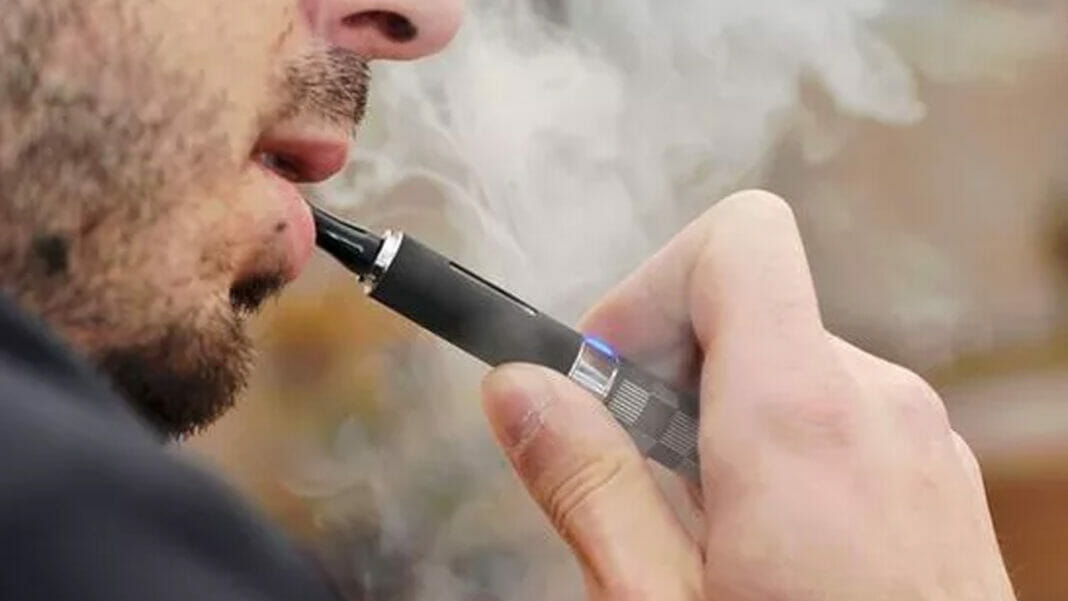 E-CIGARETTES could soon be prescribed on the NHS to help smokers kick the habit.

Doctors in England would be the first in the world to adopt medically licensed vaping devices to save lives. Health Secretary Sajid Javid said: “This has the potential to tackle the stark disparities in smoking rates across the country.”

Guidance setting out steps manufacturers must follow to submit products for approval are published today by The Medicines and Healthcare products Regulatory Agency.

If a vaping device is given the green light, doctors would then be able to decide whether a patient could benefit from a prescription.

Smoking remains the leading preventable cause of premature death, with almost 64,000 people dying from smoking in England in 2019. While rates are at a record low in the UK, there are still 6.1 million smokers in England.

There are also stark differences across the country, with smoking rates in Blackpool (23.4 percent) and Kingston upon Hull (22.2 percent) poles apart from wealthier areas such as Richmond upon Thames (8 percent).

Health Secretary Sajid Javid said: “This country continues to be a global leader on healthcare, whether it’s our Covid-19 vaccine rollout or our innovative public health measures reducing people’s risk of serious illness.

“Opening the door to a licensed e-cigarette prescribed on the NHS has the potential to tackle the stark disparities in smoking rates across the country, helping people to stop smoking wherever they live and whatever their background.”

Some of the highest success rates of those trying to quit smoking are among people using an e-cigarette alongside local Stop Smoking services, with up to 68 percent successfully quitting in 2020/21, according to official data.

And last year e-cigarettes were the most popular aid used by smokers trying to quit in England, with 27.2 percent of smokers using them compared with 18.2 percent using nicotine replacement products such as patches and gum.

E-cigarettes allow the user to inhale nicotine in a vapour rather than smoke. The NHS advises that although not risk-free, vaping is much less harmful as it does not burn tobacco or produce toxins such as carbon monoxide or tar.

Studies have shown vaping can help those hooked on nicotine manage their cravings and transition away from smoking.

Estimates from Action on Smoking and Health (ASH) put the number of adult vapers in Great Britain at 3.6 million, including 2.4 million ex-smokers.

Manufacturers have previously been able to apply for e-cigarette products to get a medical license.

However, only one was approved by the MHRA and its production was later cancelled by the maker. The new guidance sets out more detail on the process to achieving a license.

Deborah Arnott, chief executive of ASH, said: “Just as the MHRA led the world in licensing vaccines for Covid-19, today it is leading the world by backing medicinal licensing of e-cigarettes.

“This is entirely justified, as the Chief Medical Officer Chris Whitty has pointed out, smoking is likely to have caused more premature deaths in the UK last year than the Covid pandemic.”

The use of e-cigarettes has been controversial due to a lack of evidence on their long-term effects. But experts increasingly agree they are safer than smoking.

However, vaping is not recommended for non-smokers and children. And it is illegal to sell vaping products to under-18s.