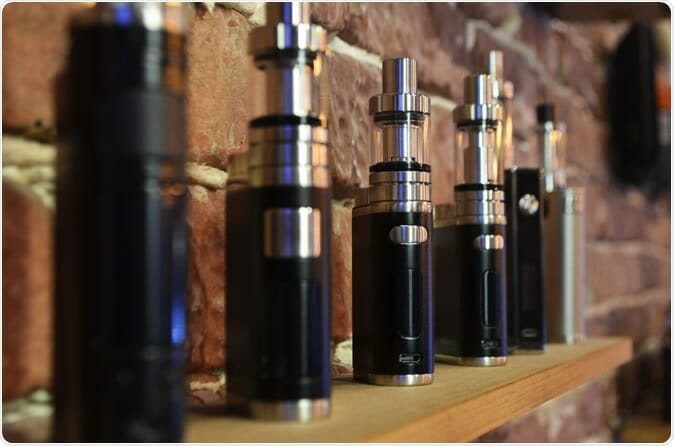 A new study from Penn State College of Medicine researchers has shown that different electronic cigarettes or “electronic nicotine delivery system (ENDS)” have different rates of nicotine delivery to the users. Most popular brand of e-cigarettes JUUL for example has been found to deliver more nicotine at a faster rate compared to other brands.

The study titled, “Nicotine Absorption Profile Among Regular Users of a Pod-Based Electronic Nicotine Delivery System” was published in the latest issue of the journal JAMA Open Network.

Jessica Yingst, first author of the study and researcher at institute explained that there have been studies that have revealed that electronic cigarettes with cartridges containing higher nicotine concentrations were also providing low nicotine to the users compared to traditional cigarettes. In order to prove the exact nicotine delivery capacity of these e-cigs the team thus looked at the nicotine delivery capacity of JUUL and other brands. JUUL is said to contain highest nicotine concentration in its pods, says Yingst.

For this study the team of researchers recruited six users of JUUL recruited between from November 2018 to May 2019, and they were asked to puff on their devices for ten minutes at intervals of 20 seconds. A total of 30 puffs were thus recorded. The blood samples for testing nicotine levels were calculated before the vaping, during and after the vaping. To detect the amount of nicotine in the blood of the participants, the team used liquid chromatography and mass spectrometry (LCMS).

Curate RegWatch
The U.S. Food and Drug Administration (FDA) is working with Scholastic to distribute youth e-cigarette prevention posters to every high school...

The effect of e-cigarette aerosol emissions on respiratory health: a narrative...