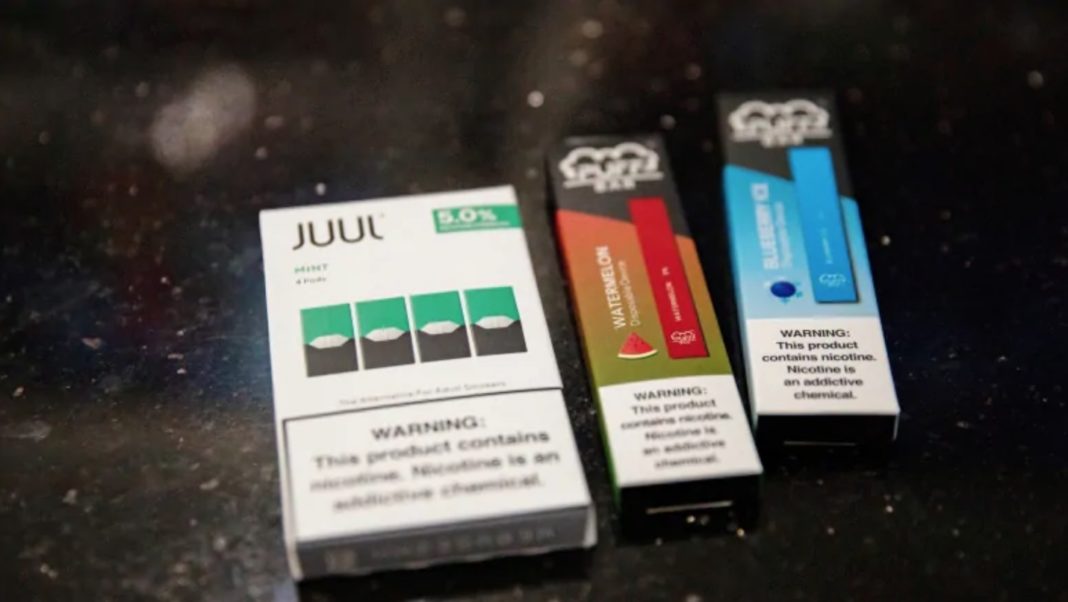 A new cap on the nicotine concentration allowed in e-liquids will give Nova Scotia the stiffest vaping regulations in the country.

An order in council signed last week amending the Tobacco Access Act regulations will restrict the sale of e-liquids to a maximum nicotine concentration of 20 milligrams per millilitre. The move follows an amendment the government passed earlier this year banning flavoured vape products.

The content cap, which is aimed squarely at products that tend to be favoured by young people, comes into effect on Sept. 1 and is in step with measures used in the United Kingdom.

In an email, a Health Department spokesperson said the change “will enhance our efforts to protect youth from the harms of nicotine by reducing their exposure to highly addictive concentrations.”

Kelly Cull, a spokesperson for the Canadian Cancer Society, said the move isn’t a surprise, but her organization is “excited and encouraged” by the decision.

Although both opposition parties and advocates wanted the government to include the cap in legislation along with the flavour ban, Health Minister Randy Delorey said at the time that he favoured doing it through regulations so it could be more quickly changed if necessary.

Cull said the content cap and flavour ban are both firsts in Canada and time would tell if it’s enough to address concerns about youth vaping rates.

“We know, based on experience in tobacco control, that a multi-pronged approach is the best approach when it comes to controlling tobacco use and we see the same measures being applied for vaping,” she said.

Cull and other advocates are also looking for further changes, such as restricting the sale of vape products to adult-only specialty stores and requiring people to be 21 to be able to purchase the products.

Mohammed Al-Hamdani, director of health initiatives for the Lung Association of Nova Scotia, said the concentration cap, along with the already-passed flavour ban and a taxation program, are the most important policy steps a government can take to lower youth vaping rates.

The initial cap of 60 milligrams per millilitre was way too high, he said.

“You’re basically having a product that is essentially almost like a crack nicotine. When youth use these products, they are in a very high prospect for getting addicted to it.”

The cap reduces the likelihood of people using vape products for the sake of getting a head rush, something Smoke-Free Nova Scotia research says is a driving factor for youth vaping usage, particularly among boys, said Al-Hamdani.

In March, vape shop owners and users told the legislature’s law amendments committee that they supported a cap on nicotine content and restricting sales to adult-only stores, but they opposed the flavour ban and the government’s decision to tax based on product volume, rather than nicotine content.

Curate RegWatch
While Canadians watch unprecedented events unfold surrounding the COVID-19 crisis, the CVA strongly agrees with the need for social distancing. We...