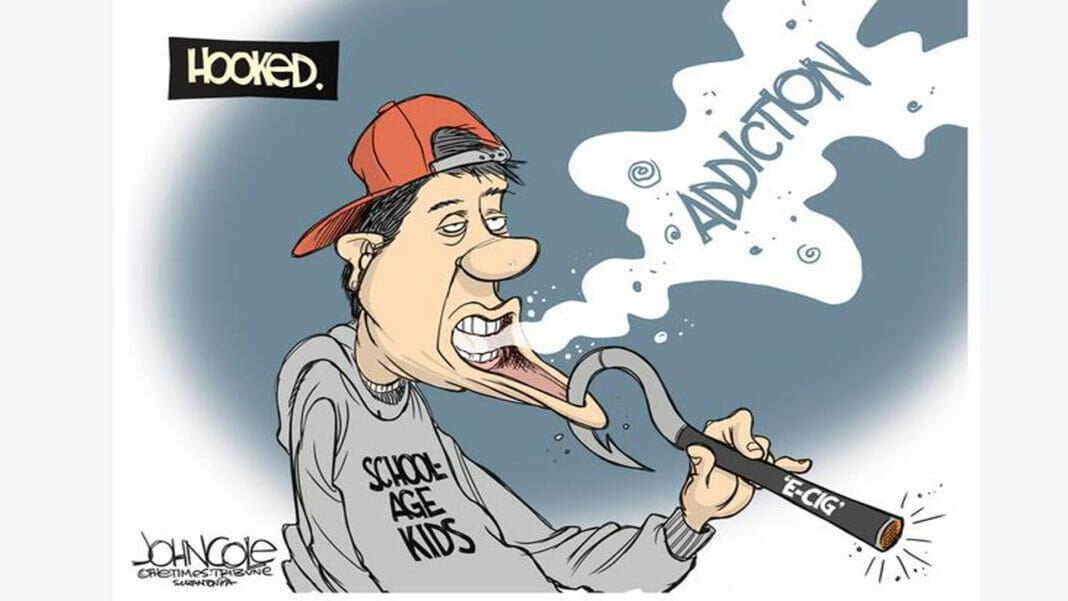 From the column: “The United Kingdom followed the science and publicly endorsed vaping as a preferred method to help smokers quit.”

In 2006, Campaign for Tobacco Free Kids President Matt Myers said, “The challenge to me is not to eliminate smoking, but the death and disease of smoking. If you had a product that addicted 45 million people and killed none of them, I would take that deal. Then you’d have coffee!”

Since that infamous quote, vaping has proven itself to be the exact miracle of which he spoke, with scientific studies showing it to be at least 95% safer than smoking. Now that vaping has been shown to be over six times as effective at helping smokers quit than government-approved methods, it raises the question: Why aren’t our public health organizations and politicians embracing vaping?

Unfortunately, anti-vaping lobbyists have since changed their tune and are now lobbying to ban the very products they once accurately compared to coffee. Despite the fact that youth vaping is down by 33% in the last year, marking the second year of double-digit declines, these so-called public health “advocates” continue in their quest to force more than 9 million adult vapers back to smoking, which will inevitably kill two-thirds of them.

But we don’t have to rely on statistical analysis to confirm that banning flavored vaping products has dire consequences; we need only look at other states who have already made this mistake.

Massachusetts banned flavored vaping products in 2020 and a flourishing black market immediately emerged. Black markets have also appeared in New York and New Jersey. These examples confirm the results of a recent Ecig Intelligence report that shows 68% of vapers nationwide intend to continue using flavored products even if they are banned. Based on these numbers, we can estimate that a federal ban on flavored vaping products will result in a black market consisting of 6.1 million customers generating $12.7 billion per year for organized criminals.

Conversely, we can also look at what other governments have done successfully to curb youth vaping.

The United Kingdom followed the science and publicly endorsed vaping as a preferred method to help smokers quit. Only 1.8% of teenagers in the UK use e-cigarettes once a week or more, and only 2.1% think vaping is “cool”. The UK has seen resounding success by talking to both adults and minors in a mature manner regarding vaping, even going so far as inviting vape shops to open inside hospitals, calling them a “public health necessity.” Because of this, children in the UK do not see vaping as a form of rebellion against authority, and England has not seen an increase in youth usage of reduced-risk tobacco products correlating to increased education as American teenagers have with government-funded programs in the past.

As the numbers show, there is a clear-cut way to reduce the number of minors using vapor products, and it just so happens to also be the most effective way for adult smokers to quit their deadly habit: It is time for our government to be honest about vaping and let us make the right decisions for our lives for ourselves.

People are vaping THC. Lung injuries being reported nationwide. Why is...

Curate RegWatch
Federal health officials are under fire for their unclear public warnings after one death and nearly 200 cases of vaping-related lung illnesses,...

A conversation with philanthropy journalist Marc Gunther (Part 2 of 2)...