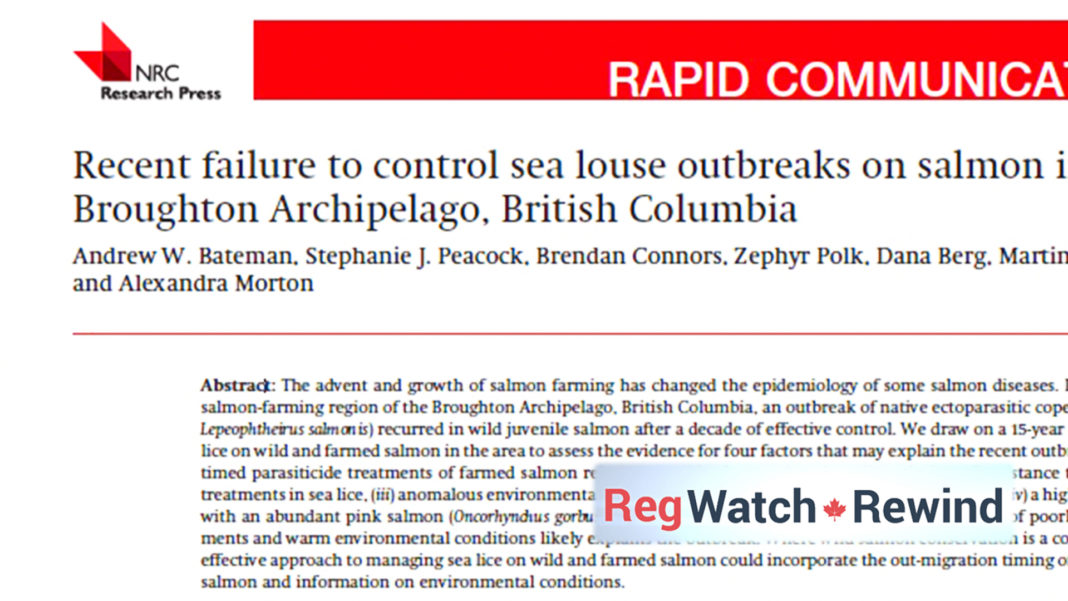 Abstract: The advent and growth of salmon farming has changed the epidemiology of some salmon diseases. In 2015, in the salmon-farming region of the Broughton Archipelago, British Columbia, an outbreak of native ectoparasitic copepods (sea lice; Lepeophtheirus salmonis) recurred in wild juvenile salmon after a decade of effective control. We draw on a 15-year data set of sea lice on wild and farmed salmon in the area to assess the evidence for four factors that may explain the recent outbreak: (i) poorly timed parasiticide treatments of farmed salmon relative to wild salmon migration, (ii) evolution of resistance to parasiticide treatments in sea lice, (iii) anomalous environmental conditions promoting louse population growth, and (iv) a high influx of lice with an abundant pink salmon (Oncorhynchus gorbuscha) return in 2014. We propose that a combination of poorly timed treatments and warm environmental conditions likely explains the outbreak. Where wild salmon conservation is a concern, a more effective approach to managing sea lice on wild and farmed salmon could incorporate the out-migration timing of wild juvenile salmon and information on environmental conditions.

The salmon aquaculture industry has undergone rapid global expansion (Goldburg and Naylor 2005; Asche et al. 2013), altering the dynamics of some infectious diseases in coastal ecosystems and affecting wild salmon populations (Ford and Myers 2008; Costello 2009b; Foreman et al. 2015; Madhun et al. 2015). One such case is that of sea lice (Lepeophtheirus salmonis and Caligus spp.), ectoparasites that can transmit between farmed salmon, held in flow-through net pens, and nearby wild salmon (Krkošek et al. 2005a; Costello 2009b). Sea lice are naturally occurring parasitic copepods that feed on the epidermal tissues of their host fish.