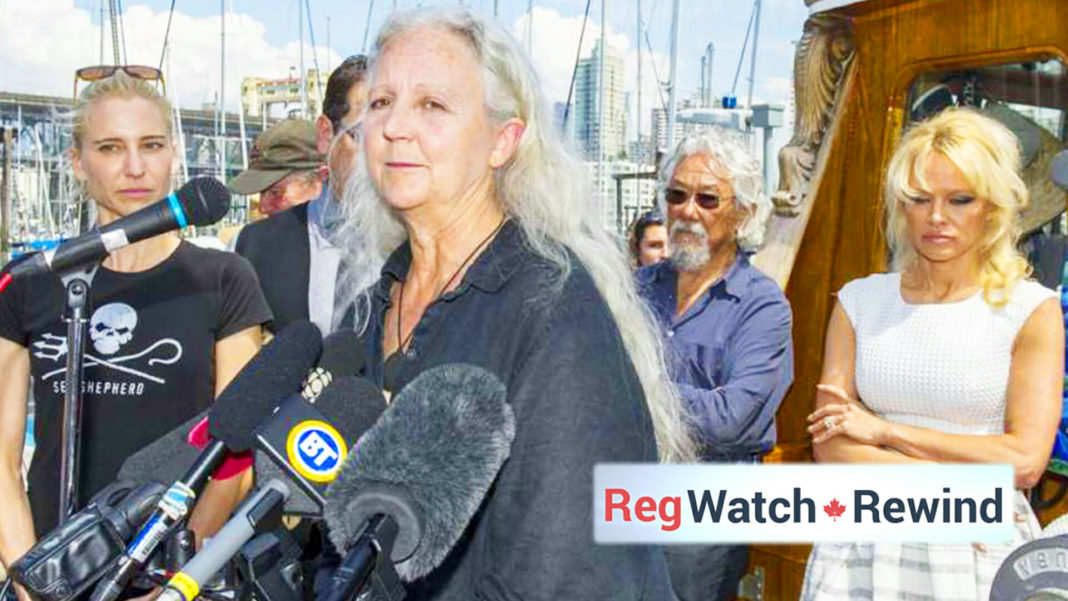 It was a star-studded launch.

B.C.-based biologist Alexandra Morton was elbow-to-elbow with Pamela Anderson of Baywatch fame and environmentalist and broadcaster David Suzuki for the announcement of “Operation Virus Hunt” targeting salmon farms on the B.C. coast this summer.

Morton was leaving on a sailboat named the Martin Sheen (after the actor), owned by the controversial Sea Shepherd Conservation Society, which has used tactics such as ramming ships to draw attention to their opposition to whaling.

On the trip along the B.C. coast, which is still underway, the idea is to draw attention to concerns that diseases from farmed Atlantic salmon harm wild salmon stocks.

Morton, who has published in scientific journals and is an opponent of ocean-based salmon farming, is making up-close observations of the farms and collecting mussels to determine the extent that piscine reovirus (PRV), linked to heart lesions in salmon from heart and skeletal muscle inflammation (HSMI), is prevalent in the marine environment.