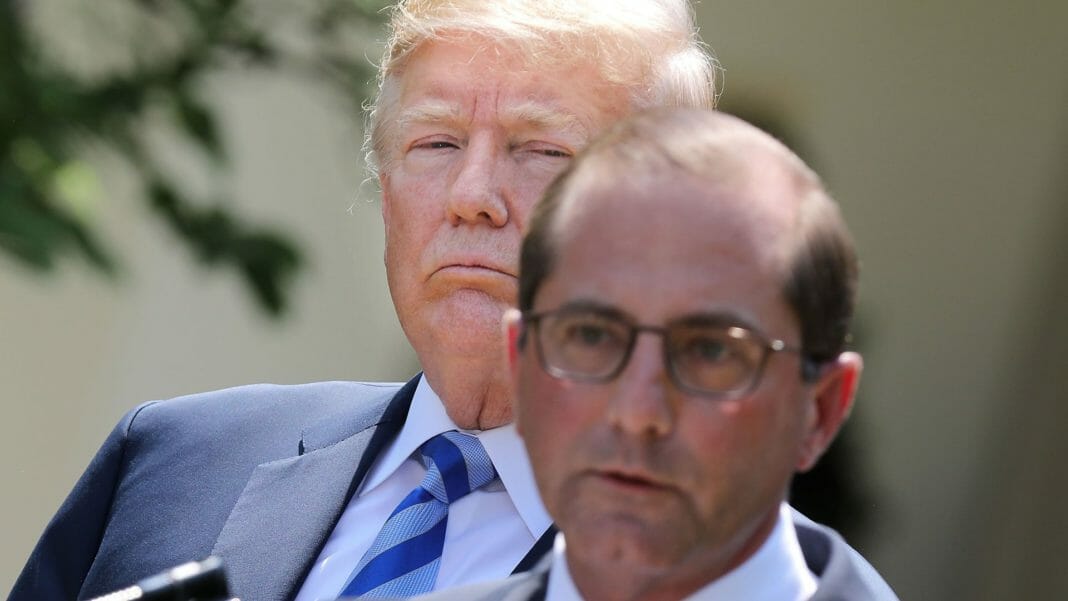 President Trump told his health secretary yesterday that he regrets getting involved in the administration’s policy on vaping, according to two sources familiar with the conversation. “I should never have done that f***ing vaping thing,” Trump said during an impromptu call on speakerphone in an Oval Office meeting.

Why it matters: The administration’s ban on flavored vapes is one of its most prominent health policy decisions, but trying to find a compromise between public health groups and the pro-vaping community caused massive political headaches.

Behind the scenes: Trump decided to call Health and Human Services Secretary Alex Azar during a campaign meeting, while discussing health care with his political team. He sometimes does that with cabinet secretaries, in an impromptu fashion, during meetings when their issues come up.

Trump campaign pollster Tony Fabrizio was talking during the meeting about health care as a 2020 issue, including the importance of protecting people with pre-existing conditions.

Curate RegWatch
International experts and advocates said evidence from several countries confirms that regulated access to less harmful alternatives, such as e-cigarettes and...

When the good news about smoking is bad news for anti-smoking...

Health Crisis Michael Bloomberg is Making Worse; No, Not That One

US: New Bill Sets in Place Regulations For Synthetic Nicotine in...