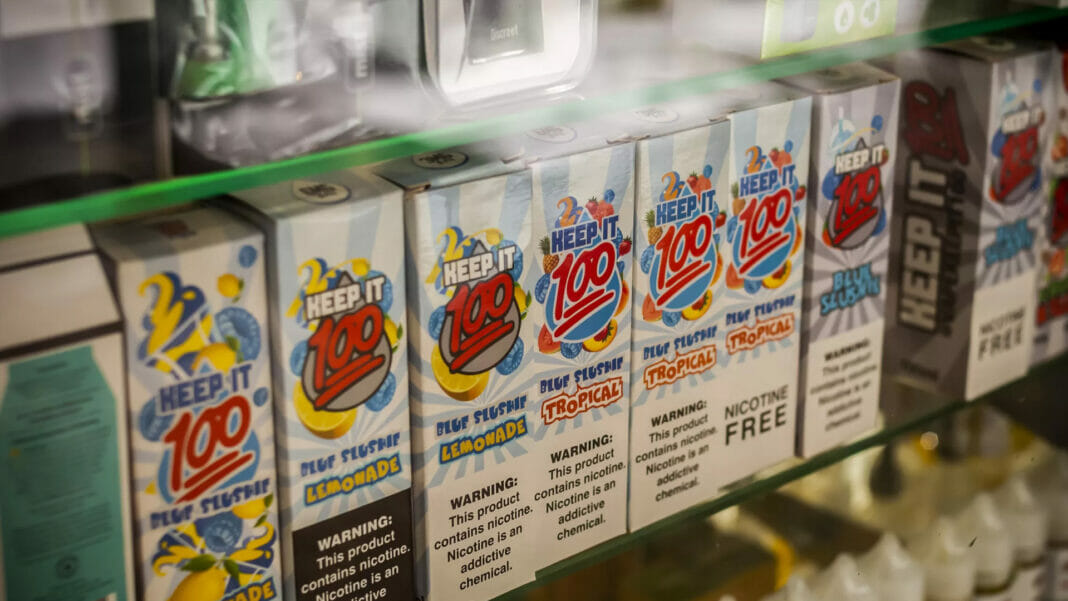 The agency’s decisions so far reflect a bias against the flavored e-liquids that former smokers overwhelmingly prefer.

When a court-set deadline for “premarket” review of nicotine vaping products came and went on Thursday, the Food and Drug Administration (FDA) had received millions of applications but had not approved any.

As a result, the agency says, every vaping product sold in the United States—including myriad e-liquids, devices, and parts—is “marketed unlawfully” and “subject to enforcement action at the FDA’s discretion.”

Seven years after the FDA officially declared its intention to regulate e-cigarettes as “tobacco products,” in other words, the entire industry remains in legal limbo, existing solely thanks to the agency’s enforcement discretion and limited resources. The FDA laughably maintains that it is bringing “regulatory certainty” to a market it concedes has great potential to reduce smoking-related disease and death. In reality, the agency, despite its promises of regulatory flexibility, is perpetuating a situation in which companies that tried to play by the rules have no idea whether they will still be in business next week, next month, or next year.

As of September 9, 2020, the deadline set by U.S. District Judge Paul Grimm in response to a lawsuit by anti-vaping groups, the FDA had received 6.5 million applications from more than 500 manufacturers of “new tobacco products,” the vast majority of them vaping liquids or devices.

The Carceral Politics of Menthol Prohibitionism

‘Time is running out’ | Connecticut advocates push for ban on...

Vaping and Its Effects on Spine Health

Clearing the haze: New stats give us a better picture of...