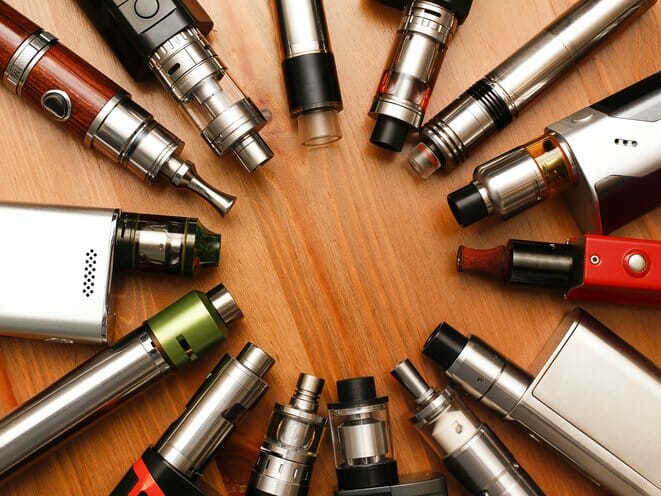 The great “vapocalypse” has begun and the horsemen leading the charge are from New York and Michigan.

The news that both states have banned the sale of most flavored e-liquids set off alarms in the vaping community, and led some vaping enthusiasts to stock up on flavors like Dinner Lady Lemon Sherbet, Vapetasia Killer Kustard and Aqua Sweet Cereal Milk.

The motivation for this vape stockpiling is similar to people who load up on weapons following challenges to the Second Amendment, according to a firearms historian CNN spoke with.

Corinne Gaines, 30, of Maryland, decided to stockpile because of her health and President Donald Trump, who has flirted with the idea of banning flavored vaping products. So far, Gaines has dropped $100 on an assortment of fruity flavors like Apple Twist and Amazing Mango. Her collection should last eight months.

“I’ve gotten sinus infections and walking pneumonia from smoking cigarettes. I tried to quit many times using nicotine products such as the patch and gum and was never able to do so until I started vaping. I have never gotten sick from vaping,” Gaines said. “I believe the Trump administration’s ban on flavored e-liquids and cartridges is ridiculous and unnecessary.”

Before Canadians knew the term vaping, they heard about ‘e-cigarettes’

Serious teen vaping injuries are on rise again in Minnesota