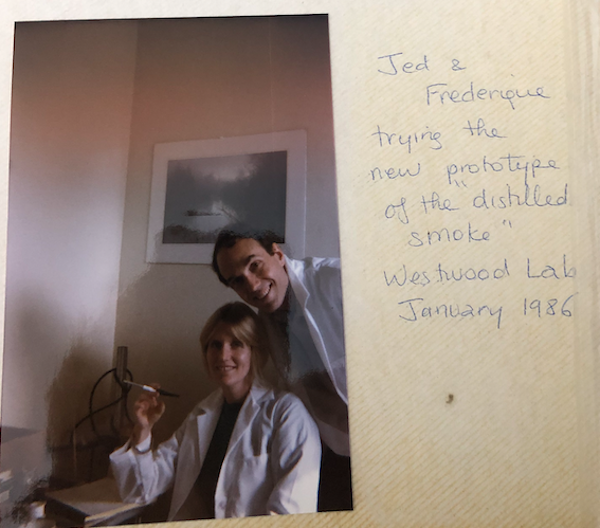 You could say that Jed Rose has spent his entire career – his entire life, even – trying to get people to smoke fewer cigarettes.

Rose’s father died at 47 of smoking-related heart disease. Then, as a post-doc at UCLA, Rose became fascinated with how millions of people, like his own dad, could become cripplingly addicted to a drug that “doesn’t get people visibly high.”

Since then, he’s pioneered patches, drugs, and vape-like e-cigarette prototypes that target smokers in the hopes they will make a switch that could net them extra years of life.

Rose’s insatiable interest in smoking cessation has bolstered a 40-plus year academic and industry-sponsored career.

But with vaping-related illness reports numbering near 1,500 around the country, Rose says he worries that “anti-vaping forces” are being given the “cover” they need to undercut e-cigarettes.

He says that public health institutions like the American Lung Association and the Campaign for Tobacco-Free Kids are overblowing fears about the potential health consequences of vaping in an attempt to “squelch an industry that has the potential to save millions of lives.”

Rose invented the patch, as well as one of the first e-cigs

Rose invented the first nicotine patch in 1984 alongside his brother, Dr.Daniel Rose. Around that same time, Rose met a young biomathematician who’d later become his wife and longtime lab partner.

Frederique Behm-Rose worked with Rose to develop a prototype e-cigarette in the mid-1980s at UCLA. They called it “distilled smoke.”

“All this stuff, the really bad stuff that comes out of burning regular cigarettes, is something we always wanted to get away from, because it’s really the culprit for all those diseases and cancer-causing agents in the burning tobacco,” Behm-Rose said. “Nicotine replacement works to a certain extent. But that was never quite the solution for the true hard core smokers who really need to light up a cigarette in the morning, and go on to smoke a pack a day.”

C-Stores | New vaping rules are ‘punishing’ neighbourhood stores and do...

Curate RegWatch
According to Health Canada, more than 75% of specialty vape shops are selling and promoting products that violate federal laws, including...