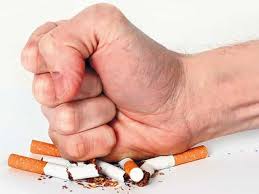 Worldwide, more than 1 billion people use tobacco, resulting in about 6 million deaths per year.

The tobacco industry’s documented history of subverting control efforts required innovative approaches by WHO—led by Gro Harlem Brundtland—including invocation of its constitutional authority to develop treaties. In 2003, WHO member states adopted the WHO Framework Convention on Tobacco Control (WHO FCTC).

In the decade since, 177 countries have ratified and started to implement its full provisions. Success has been tempered by new challenges. Tobacco use has fallen in countries that are members of the Organisation for Economic Co-operation and Development but increased in low-income and middle-income countries, a result in no small part of illicit trade and cheap products from China and other unregulated state monopolies.

This review of 50 years of policy development aimed at reducing the burden of disease attributable to tobacco reviews the origins and strategies used in forging the WHO FCTC, from the perspective of one who was there.

Curate RegWatch
Amid growing health concerns over e-cigarettes, Apple will remove all 181 vaping-related apps from its mobile App Store this morning, Axios...