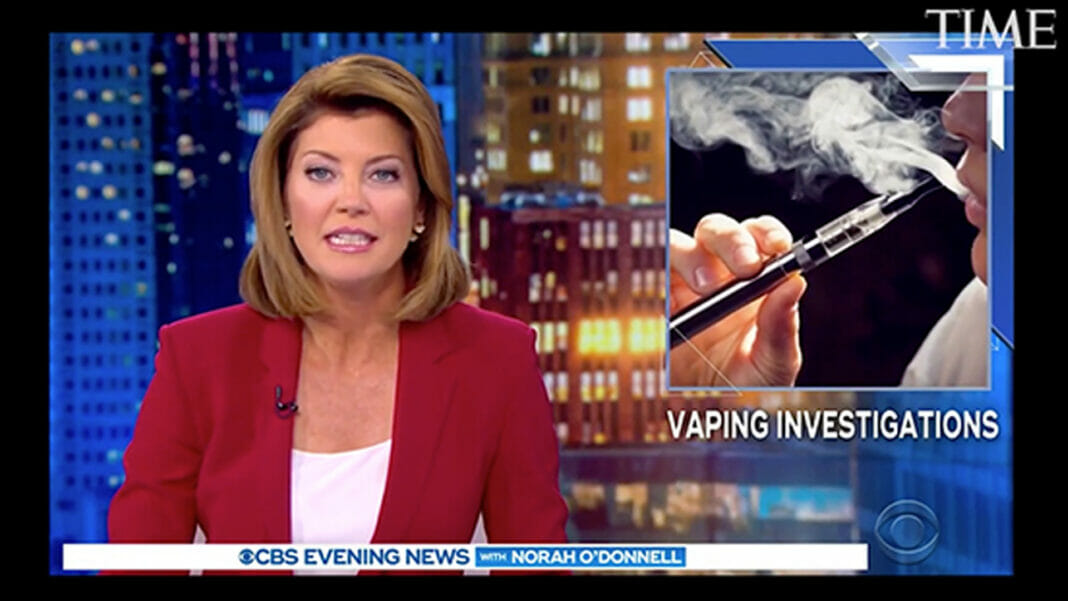 For the last 15 years, there’s been a caveat tacked on to any discussion of e-cigarettes’ public health impact.

Though millions of people in the U.S. use them regularly, the devices have never been authorized by the U.S. Food and Drug Administration (FDA).

That could change next week, as the multi-billion-dollar vaping industry nears its judgement day. The FDA is supposed to decide by Sept. 9 whether and how e-cigarette companies—including market-leader Juul Labs—may keep selling their products in the U.S. The long-awaited decisions promise to spark controversy no matter which way they go.

Already, anti-vaping advocates and public-health groups have urged the FDA to reject Juul’s bid for agency authorization, citing its popularity among teenagers. “Juul fueled the youth e-cigarette epidemic and is still the #1 brand among youth,” the anti-smoking group Campaign for Tobacco-Free Kids tweeted on Aug. 31. “@FDATobacco must take them off the market—and the same goes for other flavored, high nicotine e-cigarettes.”

On the other hand, vaping industry representatives and pro-vaping researchers warn that adult smokers may go back to deadly traditional tobacco cigarettes if the FDA clears the market of popular e-cigarettes. “To date, the singular focus of U.S. policies on decreasing youth vaping may well have reduced vaping’s potential contribution to reducing adult smoking,” 15 past presidents of the Society for Research on Nicotine and Tobacco wrote in a recent American Journal of Public Health article.

The FDA sits in the middle of that tug of war—and the fate of the U.S. e-cigarette industry hangs in the balance.

For those who haven’t been paying close attention to the vaping industry, this moment may feel like it came out of nowhere. E-cigarettes have been sold in the U.S. since 2007. Why is the FDA acting now?

The agency gained the power to regulate tobacco products in 2009, when then-President Obama signed into law the Family Smoking Prevention and Tobacco Control Act. But at that time, e-cigarettes weren’t terribly popular, and they were left out of the FDA’s regulatory rules. The agency didn’t finalize a rule for regulating vaping devices—which heat and aerosolize nicotine e-liquids, hopefully providing a less-dangerous version of a traditional cigarette—until 2016. At that point, the agency informed companies with products already on the market that they would have to retroactively put together premarket tobacco product applications (PMTAs) to ask for permission to keep selling them in the U.S.

After numerous changes, the final deadline for those applications was set for Sept. 9, 2020. The FDA is supposed to conclude its review of them by Sept. 9 of this year. The agency has said it may not meet that deadline for all of the 2 million applications it is analyzing, but it is prioritizing decisions for major brands like Juul and Vuse, the e-cigarette made by tobacco company R.J. Reynolds.

The FDA’s decisions will technically come down to whether each e-cigarette product in consideration is “appropriate for the protection of public health”—the agency’s standard for assessing whether it has a net positive or negative effect on the nation’s public health. Crucially, the agency will assess each product’s potential effect on the entire U.S. population, not just adult smokers.

Earlier this year, I published a book about Juul’s rise to dominate the e-cig industry. In it, I reported how Juul was widely blamed for luring underage users toward addictive nicotine with its device’s sleek design, since-discontinued fruity flavors and early viral marketing. It now seems that for Juul and other companies like it, the FDA will be pitting potential benefits for adult smokers (fewer carcinogens, a way to wean off cigarettes) against appeal to teenagers and recreational users.

Juul has repeatedly denied that it purposely targeted teenagers and says its product is meant only for adult smokers. In 2019—apparently anticipating action from the FDA—Juul discontinued the sale of all flavors except menthol and tobacco. That year, it also introduced a new age-verification system in retail stores, and suspended almost all of its U.S. advertising. “While millions of adult smokers have converted to our products from cigarettes, we will only be trusted to provide alternatives to adult smokers if we continue to combat underage use, respect the central role of our regulator and build on our shared commitment to science and evidence,” a Juul spokesperson said in a statement.

There are data supporting both sides of the debate. A Juul-funded and executed study, which was peer-reviewed and published in the journal Nicotine & Tobacco Research in May 2021, found that, among 8,800 North American adult smokers who used Juul, almost 40% had completely stopped smoking cigarettes six months later. And though company-sponsored research can be biased, some independent researchers support the use of e-cigarettes, too. An April 2021 peer-reviewed research review of 56 prior studies found that e-cigarettes may be better at helping smokers ditch cigarettes than existing therapies on the market, like nicotine patches or gums.

It did, however, note that more research is needed on long-term effects of vaping. Some research has linked e-cigarette use to lung damage, though the data suggest the risk is lower than that which comes from smoking traditional cigarettes. Many e-cigarette aerosols also contain toxins that can harm the heart, though again at lower levels than traditional tobacco smoke.

Then there are the impossible-to-ignore youth vaping numbers. As of 2020, about 20% of U.S. high school students said they had vaped in the past month, most often choosing products—like Juul’s—that use pre-filled e-liquid cartridges. That’s actually down from the 27.5% who said so in 2019—perhaps a reflection of pandemic isolation and tighter regulations on e-cigarettes, among other factors. In 2019, the Trump Administration raised the minimum age of tobacco sale to 21, and in 2020, banned the sale of e-liquid cartridges in all flavors except menthol and tobacco, unless and until they receive FDA authorization.

The FDA has been tight-lipped about its thoughts on Juul’s application, which covers the Juul device and its menthol- and tobacco-flavored e-liquids. However, the FDA has already denied applications that cover more than 55,000 flavored vaping products, saying their manufacturers did not provide enough evidence to prove they offer a net benefit to public health. On its surface, that seems like a bad sign for Juul—evidence that the FDA is ready and willing to deny marketing orders to e-cigarette companies.

That may be true, but it’s also long been expected that many smaller vaping brands would fail the PMTA process, which requires a huge amount of research and can easily cost more than $1 million for brands with multiple products and flavors. Big, well-staffed companies with large research budgets, like Juul and tobacco companies that make their own e-cigarette products, are better positioned to meet that high standard. That’s assuming, of course, the FDA is willing to overlook their role in a youth vaping trend it has many times called an “epidemic.”

Companies already rejected by the FDA have been quick to look for workarounds, as Filter previously reported. Vapor Salon, one of the brands turned down by the FDA, wrote on Facebook that it plans to start using synthetic nicotine, rather than nicotine derived from tobacco, to avoid agency regulation. (If nicotine is lab-made and not derived from actual tobacco, it is technically not a tobacco product, Vapor Salon and others argue.) “They made it a game of chess with all of our pieces already captured and expected us to play along and be happy about it,” Vapor Salon wrote in the post.

Puff Bar, a brand of flavored disposable vaporizers that the FDA ordered off the market last year, has reportedly been using synthetic nicotine since this past spring for the same reason.

Even if other e-cigarette companies do pass the PMTA process, their tango with the FDA won’t be over. The agency’s authorization can come with restrictions on sales or distribution, and it can be rescinded if companies fail to comply with the FDA’s manufacturing and marketing standards—or if the agency decides the product is no longer protecting public health.

While the particulars remain to be seen, the takeaway is this: the vaping industry’s honeymoon period is over. Now, its rocky relationship with the FDA will be put to the test.

Brent Stafford
Over the years the anti-vaping movement honed the tactics of creating mayhem and misery for those who rely on vaping as...